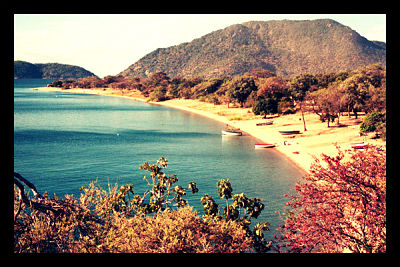 A border dispute between Malawi and Tanzania that has remained unresolved for almost fifty years should be resolved within the next three months, according to government officials of both countries. The dispute involves ownership of Lake Malawi, also known as Lake Nyasa in Tanzania and Lago Niassa in Mozambique.

Lake Malawi is located in the southeastern region of Africa between Malawi, Mozambique, and Tanzania. It is Africa’s third-largest and second-deepest lake and is the ninth-largest lake in the world.

The lake is an extremely valuable resource for the region’s inhabitants. Besides being home to thousands of types of fish and other plants and wildlife, Lake Malawi is the primary source of income, food, transportation, and other basic needs for about 1.5 million Malawians and 600,000 Tanzanians. Local residents report that they are unable to cross freely between the countries because of tension, and even mistreatment, at the border.

The dispute over Lake Malawi ownership began in 1963 with the reaffirmation of the Heligoland Agreement, which stated that the national border lay on the Tanzanian side of the lake. Since that time, the countries have, tried twice to resolve the problem, to no avail. Malawi claims ownership of the lake as a stipulation of the treaty, while Tanzania claims the treaty is flawed and that the boundary should be redrawn down the lake’s center.

The dispute has come to a head recently due to the Malawian government reports that Lake Malawi holds rich mineral and oil deposits beneath its floor. Over the last eight months, Malawi has awarded oil exploration licenses to oil companies based in the United Kingdom and South Africa, which has increased tensions between the countries. Officials are hopeful that with the help of an objective third party, the Forum for Former African Heads of State and Government, the dispute will finally be resolved.