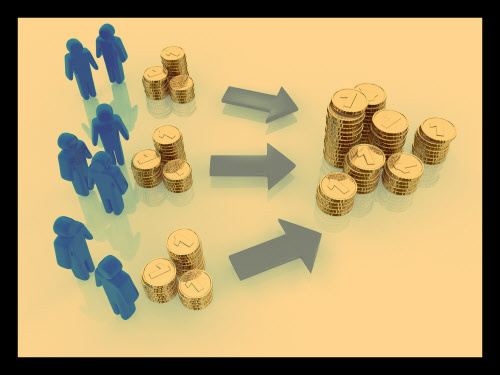 Crowdfunding is an approach to raising money for new projects and businesses by soliciting contributions from large numbers of ordinary people – online. In 2011 alone, this industry raised $1.5 billion dollars, both in for-profit and non-profit ventures. Due to new regulations, some estimate the trend could grow to $500 billion annually. This could mean huge changes and development through social-venture enterprises; more start-ups and funding for projects that have a beneficial social impact.

The money raised through crowdfunding falls into three different categories: 1. Philanthropy, where there is no expected return for the donation, 2. Lending, where the money is paid back, or some other gift (usually the business product) is given as a reward, or 3. Investment, in exchange for profit or revenue sharing (equity).

Much to industry surprise, the category that received the most funding was philanthropic which equaled 49 percent of all funds raised; despite the fact that most funding sites are for lending or investing.  A few sites, like Crowdrise.com and Causes.com, are exclusively for 501 registered charities. North America is the largest contributor, $837.2 million, over half of the global total, and also the fastest-growing region.

The dramatic news is that earlier this year new legislation was submitted to the SEC, allowing for even greater investment to be made through crowdfunding. So, if the current trends prevail, projects benefiting social causes could start to receive massive amounts of capital. The average equity-based campaign is aiming to raise about $85,000, compared to just $700 for donations. When the new regulations are approved, more funding is expected to flood into “impact investing.”

You can participate right now, get in with the crowd – fund a project for the global poor!

The Connection Between Political Instability and Food Prices The End of a 50-Year Debate: Lake Malawi Mediation Begins in March
Scroll to top