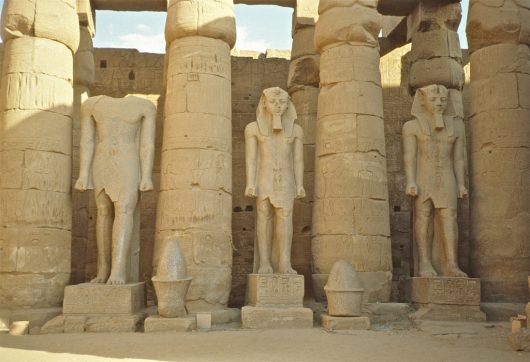 Since the Arab Spring rocked the Middle East in 2011, the countries fortunate enough to avoid devastating civil war were nonetheless impacted by the political turmoil in the region. Egypt was no exception.

However, even with several issues persisting in the Egyptian political and security spheres, the country looks to move forward with privatizing more sectors of its economy and has an overall positive economic outlook. The Egyptian economy, which has suffered from decades of bloated public sector employment, looks to revitalize its push for privatization in various sectors.

“That is the brake on reform,” said an anonymous government official in 2010, before the Arab Spring movement. His comments were about the overreliance on public sector employment. “They have grown up with the state doing everything: ‘You educate me, give me a degree, you give me a job when I die you bury me — and I do nothing.'” While public sector employment is not altogether negative, private sector companies need to flourish if there any hopes for growth.

In 2017, the privatization of the Egyptian economy is being rebooted by the government after encountering setbacks in years prior. The political fallout of the Arab Spring and subsequent policies undertaken by the Morsi and Sisi administrations had left a bad taste in the mouths of Egyptians regarding privatization.

However, after a tragic train collision this year on a government-owned rail line, it was understood that something needed to be done. Officials began drafting new laws that would allow private companies to improve existing lines, as well as permit them to operate their stations. This will inevitably lead to the creation of jobs for Egyptians, a population that still suffers from almost 12 percent unemployment. Fortunately, this is the lowest it has been since the 2011 uprisings.

The Egyptian economy is slowly becoming a destination for foreign investment as well, even beating out South Africa for the top spot on the continent. In tandem with government reforms and an improving business climate, Egypt is attracting large sums of foreign money, most notably from Beijing.

“Currently [the European Union] is the biggest but I think China investors will grow rapidly… We’re in discussion with major players in terms of textiles and automotive. Those are two main projects we are in discussions with,” stated Trade Minister Tarek Kabil. This is in line with China’s growing presence on the continent.

Tourism is one of Egypt’s largest industries, and it has taken a severe hit since 2011. Fortunately, the country is seeing a slight uptick in tourism due to cheaper hotel deals as a result of certain currency policies. While the security situation continues to be a major factor in deterring potential tourists, this short-term low-cost trend will assist the tourism sector, which is a major pillar of the Egyptian economy.

The Egyptian economy undoubtedly suffered enormous setbacks in the aftermath of the Arab Spring. However, its position as the most populous Arab country paired with a strong economic outlook will allow Egyptians to look to the future with optimism.