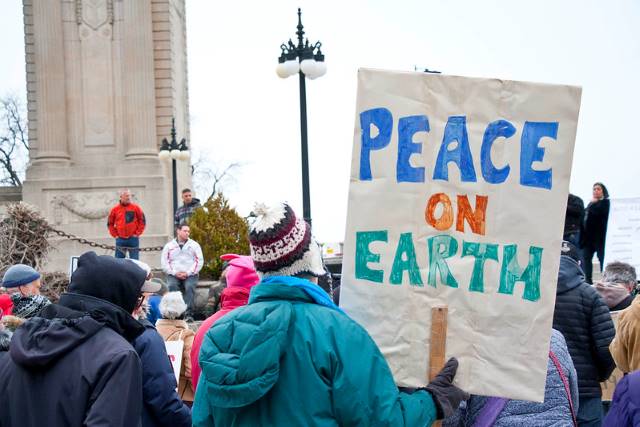 The Institute for Economics and Peace (IEP) recently published its annual report, “The Economic Value of Peace,” demonstrating the economic consequences of violence throughout the world. The findings show that violence directly impacts the economy and countries’ macroeconomic performance. Countries that improve on peace average a 1.4% higher gross domestic product (GDP) per capita growth. Therefore, a decrease in violence corresponds to an increase in economic activity.

Without proper intervention, countries engrossed in conflict often fail to break from the perpetual cycle of violence-to-poverty. Such conflicts may directly damage essential infrastructure, institutions and even fundamental interpersonal relationships within a society. The effects are both short and long-term. The short-term cost directly affects the victim and the perpetrator while the long-term cost has ripple effects through lost productivity and undermining of societal structures. The consequences eventually translate to a loss in education, widespread food insecurity and high mortality rates.

The Economic Cost of Violence

According to the IEP, “the economic cost of violence for the 10 most-affected countries ranges from 23.5 to 59.1% of their GDP.” In 2019 alone, the global cost of violence came out to approximately $14.4 trillion — 10.5% of the world’s GDP or roughly $1,900 per person. Moreover, if the world decreased its violence containment spending by 15%, $1.4 trillion could be redirected to other economic activities that would lead to long-term growth. Democratic governments demonstrated significantly less economic costs compared to their authoritarian counterparts. The average authoritarian government had a cost that equated to 11% of its GDP while democracies averaged about 4%.

In countries such as Syria and Afghanistan, the cost of violence exceeds more than 50% of their GDP. Both countries face extremely high poverty rates. This amounts to roughly 80% and 50% of populations that live below the poverty line respectively, reinforcing the direct connection between violence and poverty. In 2018, the United Nations estimated that the conflict in Syria resulted in nearly $120 billion in infrastructural damage. By 2017, 50% of Syria’s infrastructure was considered non-operational and it is estimated that Syria experienced $226 billion GDP losses between 2011 and 2016.

How Peace and Growth Connect

The IEP Economic Value of Peace report confirms the direct link between violence and poverty. Violence both stunts the positive benefits of peace and has a direct, empirical effect on the economy. Nevertheless, there are global signs of improvement. As a result of an overall decrease in violent conflict, from 2018 to 2019, the global economic impact of violence has decreased by $64 billion. Fully democratic countries reduced their economic impact of violence by roughly 16% in 2020.

These signs of recovery demonstrate that development and peace go hand-in-hand as there is an undeniable relationship between violence and poverty. Without stable and secure institutions, a fundamental basis for a prospering economy is lacking. Violence creates insecurity and a poverty trap for a country’s marginalized people, causing them to undermine their governance. Nevertheless, consistent data shows that this can be reversed through peacemaking efforts.