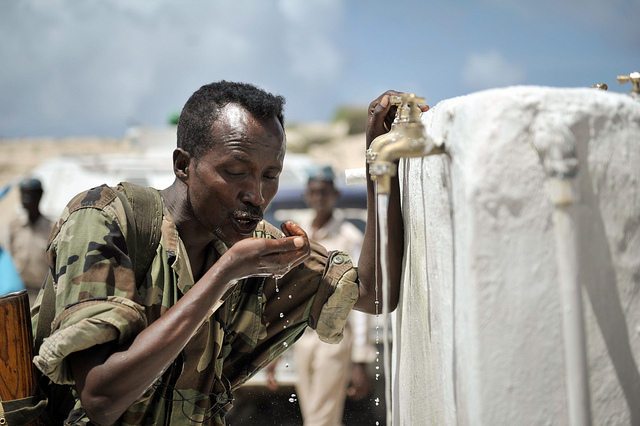 The incidence of gastric problems, such as vomiting or diarrhea, is all too common in developing countries. To make matters worse, there is also the dehydration that results from fluid loss. The practice of handwashing with soap and stricter guidelines for food hygiene are paramount as preventive measures. Nevertheless, these practices may not always take place, and gastric diseases can spread. The DIY oral rehydration kit is a practical means to remedy dehydration, as it uses basic, easy to find ingredients.

A persistent bout of vomiting and diarrhea leads to fluid loss at a higher rate than the body can take in. Without adequate fluids, the body cannot properly carry out crucial functions. Water is needed to regulate temperature, dissolve nutrients from food, transport them around the body for cells to stay alive and reduce the burden on kidneys by flushing out waste.

Dehydration is particularly hazardous to children and the elderly. Young children are vulnerable to dehydration because their bodies are less efficient at conserving water than adults. In addition, their small body size means it takes less fluid loss to lead to dehydration.

Dehydration triggers a response to consume a large quantity of water. This can create an imbalance by flushing out vital chemicals and electrolytes, such as glucose, fructose, sodium and chloride. These play a crucial role in the transmission of nerve impulses and in regulating the body’s fluid balance.

The ideal concoction already exists in the form of a sports drink, such as Gatorade. The DIY oral rehydration kit is cheaper and simple but equally as effective, as it uses salt and sugar, which are more widely available. For each serving, six teaspoons of sugar and half a teaspoon of salt are mixed into one liter of water. This kit eliminates side effects from caffeinated beverages, which cause further dehydration. Juices made from orange or lemon can be acidic and further aggravate the stomach.

In the 1960s, researchers in South Asia found that a balanced proportion of sugar and salt in water could be easily absorbed through the intestinal wall. Therefore, drinking this solution is an easy way to replace fluids lost from diarrhea. In 1971, a massive campaign to orally administer this solution to sufferers was implemented throughout India and Bangladesh during a cholera outbreak. Of the 3,700 treated sufferers, 96 percent of them survived after drinking the oral rehydration solution.

The Bangladesh Rural Advancement Committee has provided workshops to educate Bangladeshi mothers on how to mix the solution and administer it to their children to prevent dehydration when a child falls ill with diarrhea.

With the support of UNICEF, over 500 million packets containing the ingredients of the DIY oral rehydration kit are being mass produced annually in 60 developing nations, at a cost of $0.10 each. Millions suffer daily from gastric problems and the resulting dehydration. Nearly half of all diarrhea cases in developing nations are now treated with oral rehydration therapy, compared to the initial 1 percent usage in the 1980s. Because it is more accessible, millions of lives are saved daily thanks to this kit.