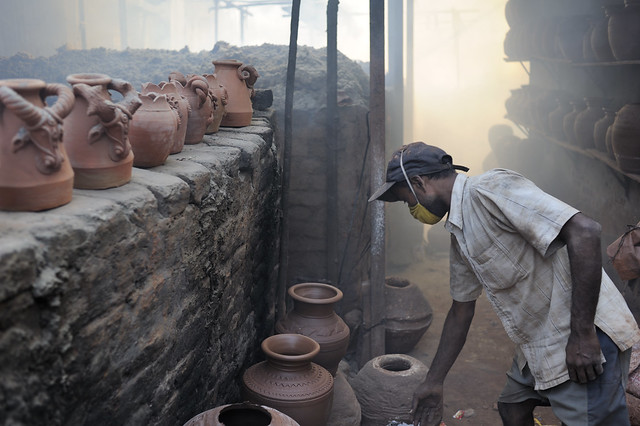 The Dharavi Slum Redevelopment Project was approved by the state government of Maharashtra on October 16, 2018. The new proposal plans to renovate the entire slum as a whole while previous failed attempts planned to divide the slum into 12 parts. The new plan must take into account the previous failures in order to succeed in the redevelopment of such a populated area.

Dharavi is considered Asia’s largest slum, spanning almost 600 acres of land. Located in Mumbai, Maharashtra, India, it is a long stretch of shanty houses, dirt roads and open sewage. It is estimated that the percentage of people in Greater Mumbai living in slums may be as high as 41.3 percent. Dharavi has a population of around one million people. Because Mumbai has some of the highest rental prices in the world, Dharavi has become a more affordable option for those moving to the city.

The slum was founded in 1882 during the time of British rule during the country’s urbanization. When the plague spread through India, the British government transferred much of its industry to Dharavi. What began as a fishing village has since grown into a densely populated, culturally rich and diverse area. It has an active informal economy where businesses will employ many slum residents for leather, textiles and pottery products.

About the Dharavi Slum Redevelopment Project

Redevelopment plans for Dharavi have been on hold for the past 15 years, beginning in February 2004. There is hope now that the Dharavi Slum Redevelopment Project will follow through after a Dubai-based firm called Sec-Link Technology Corporation (STC) won the global tender to renovate Dharavi for good.

Sec-Link Group is a special purpose organization working to redevelop slum around the world. This project is largely backed by the UAE. The Dharavi Slum Redevelopment Project will cost around Rs 22,000 crore, which is over $3 billion. However, if the project continues to be delayed, the cost could grow to Rs 40,000 crore. STC proposed that slum residents will have larger, carpeted homes with 350 square feet as a minimum. Those above 300 square feet will get 400 square feet, and those over 500 will get an additional area of 35 percent.

The Dharavi Slum Redevelopment Project includes using 200 acres to rehabilitate residents and build commercial units, 100 acres for a community garden and the remaining 300 acres will be for sale and commercial complexes. This also means that new infrastructures will be implemented, such as water systems and container housing.

The reason that past redevelopment projects have failed is largely due to resistance from slum residents who felt the plans were not in their interest. Because Dharavi is so condensed, it has grown into its own ecosystem. Residents rely on the micro-enterprises in the slum, some of which take part in homes and outdoor spaces being used for places of work and social interaction. It is important to residents that the economy of Dharavi and their own livelihoods are supported during this change.

In order for a housing upgrade to work for all residents, it’s important the Dharavi Slum Redevelopment Project allows for the economic and social activities that thrive in slums. By converting slum buildings into industrial centers, Dharavi can grow from deprivation into a magnet of commerce. STC will begin working on the project in 2019 and plan to finish it in nine years.