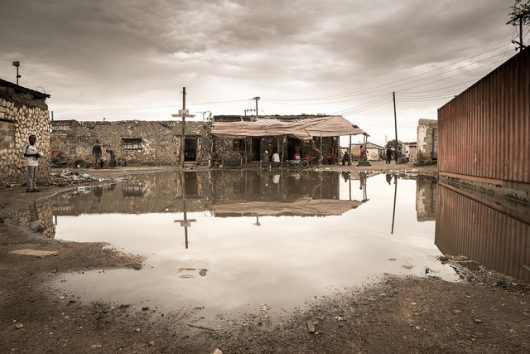 The enduring issue of why some countries are rich while others remain poor has long been the subject of great interest among scholars. New research on the determinants of development, though, appears to better identify the driving force behind development by taking an incisive look at the three traditional economic explanations for these cross-country disparities – economic policy, political institutions and geography.

Based on the findings, the researchers conclude that the primary determinant of developmental success may be the strength of institutions.

The research first laid out the traditional arguments for the importance of policy, institutions and geography as determinants of development.

All three are pretty straightforward: economic policy, such as a nation’s savings rate and the strength of its currency, clearly dictate, to some extent, the economic vitality of a country; geographic factors can also matter, for instance, a landlocked country like Chad – without access to the ocean or major rivers – is at a natural disadvantage because trade becomes a logistical nuisance; institutions — like the rule of law to maintain public safety, ensure property rights, and mitigate corruption — still were found to have a greater impact.

However, the researchers’ revelation was not just that policy and geography took a back seat in importance to the role of institutions in development, but that they were, independently, hardly influential at all. Research sampling 72 countries found that while poor policies may hurt growth rates temporarily, they did not have the sort of impact on long-term income levels that many had previously suspected.

Specifically, nations colonized by Europe in unfavorable regions (in regard to disease and other conditions) were typically turned into rentier states and dealt poorer institutions. Conversely, regions which could be settled were afforded European-mainland style institutions: democracy, property rights and the rule of law.

So, Europe’s unique colonial history shows that geography did affect the type of institutions implemented in various countries, and it is these institutions that explain differences in development.

In a sense, the revelation that among the determinants of development, growth is primarily a function of institutions should be somewhat heartening, as institutions can be reformed. Therefore, instead of nations across Sub-Saharan Africa and parts of Central America being condemned to second-class status economically, focus can shift to the ways their poor institutions can be altered to better catalyze development.

Although researchers failed to explain the means of doing so directly, recognizing that building robust institutions is the best path toward progress is an important insight.