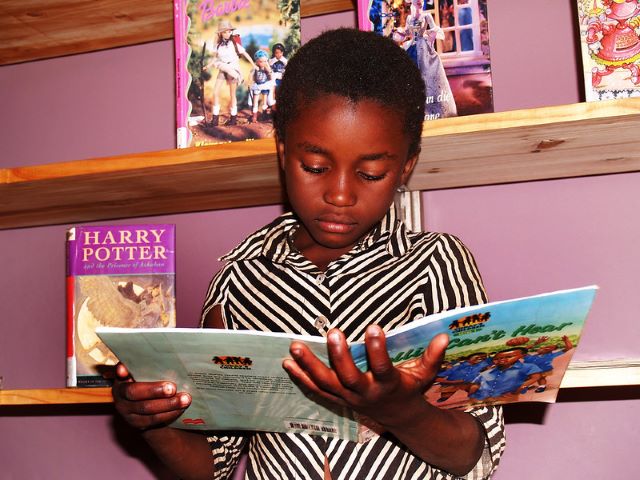 Children are the world’s future but half of children account for the world’s poor. In sub-Saharan Africa, for example, 59 million children, aged between 5 and 17, work to provide for their families instead of attending school. Therefore, every fifth child ends up in child labor. Even in richer countries in Europe, one in five children lives in poverty and 25% were at risk of poverty in 2017. Since poverty and literacy correlate, both must be improved. In Africa, 48 million youth aged 15 to 24 are illiterate and 30 million primary-aged children are not in school. Globally, literacy rates have improved in the past 20 years but women and children still lag behind in literacy. The main cause of illiteracy globally is a lack of books. Organizations like The Book Fairies advance learning in developing nations and address illiteracy.

Founded by Amy Zaslansky, The Book Fairies began in Long Island, New York, as an organization accepting new and used books that are donated to libraries and schools that lack funding for educational resources for children.

Developed in 2012, The Book Fairies has donated more than 130,000 books to 25 school districts and 100 organizations across New York. Now, the organization has expanded globally, donating over two million books to date.

Partnered with US-Africa Children’s Fellowship (ACF), a nonprofit that gives supplies to impoverished schools in Africa and refugees in Jordan, The Book Fairies provided 80,000 books in 2017 to ACF. Approximately, this figure accounted for 50% of ACF’s shipped donated books that year. Every year, the organization ships thousands of books to Africa.

The Book Fairies advance learning and literacy in underdeveloped global nations such as Africa, India, China, South America and the Caribbean Islands. Even with COVID-19, students in poor communities in the U.S. and abroad still have access to books due to the organization’s efforts.

The influence of this organization has spread. In 2017, a similar reading organization launched in Europe, also known as The Book Fairies. To be a book fairy, a person chooses a book that they have read and enjoyed, they then put an official book fairy sticker on it that reads “take this book, read it and leave it for the next person to enjoy.” Then, the book is hidden in public for someone else to find and read. This little tradition has expanded to almost 9,000 people sharing books in over 100 countries.

Actress Emma Watson is a notable book fairy. After starring in the 2019 film “Little Women”, the actress launched a Little Women campaign. A whole 2,000 copies of the book were hidden around the world, with a handwritten note from Watson herself that promotes The Book Fairies’ organization.

Alleviating Illiteracy and Poverty Through Books

The main missions of book organizations such as those above are to end the cycle of poverty by improving literacy. The Book Fairies advance learning by providing books of all kinds to poor communities and countries and give children a fighting chance to take themselves out of poverty.