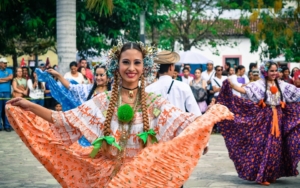 Known for its tropical vistas and banana plantations, Costa Rica has also developed a well-deserved reputation for stability. Indeed, since abolishing its military in 1949, the small Central American nation has celebrated seven decades of uninterrupted democracy. While this stability has allowed Costa Rica to make great strides in alleviating poverty, however, nearly 21 percent of the country still remains impoverished. To this end, many in Costa Rica are increasingly turning to microfinance as a potential remedy.

Microfinance is a banking service that focuses on delivering small loans to communities underserved by traditional banks. These ‘microloans’ can be as low as $100 and are specifically designed to help meet the needs of low-income families.

Because the principal of a microloan is much smaller than that of a traditional loan, lenders can afford to take on risks they otherwise could not. This means less stringent requirements on things like documentation and property, which are traditionally the largest obstacles to acquiring credit for those living in poverty. As a result, microfinance has become a favorite tool of activists in the developing world.

Costa Rica is no exception in that regard. With more than half of Costa Ricans unable to raise needed funds in an emergency, microfinanciers provide the country a crucial service.

One reason microfinance has been able to take off so quickly in Costa Rica lies in the country’s history. In the 1980s, a prolonged economic crisis prompted traditional banks to retreat en masse from Costa Rica’s rural areas. This left many small farmers suddenly lacking access to badly needed credit.

To help combat this issue, organizations like FINCA began seeking ways to encourage sustainability in rural financial markets. One such solution was microfinance.

Beginning in 1984, FINCA Costa Rica set about building a series of ‘village banks’ in the areas hit hardest by the loss of financial services. These were largely community-run, shared-liability ventures whose purpose would be to offer microloans to farmers. It did not take long for the model to become a success. Village banks quickly began to attract Costa Rican farmers, many of whom would have had difficulty acquiring a standard loan. In fact, the village banks would prove so popular that within a decade they had already become self-sustaining.

Others in Costa Rica soon took note of FINCA’s success. Though not all would copy the village bank model, many other microfinancing operations began to sprout up around the country.

While FINCA’s village banks primarily served a demographic consisting of rural, male farmers, modern microfinanciers pursue a more diverse client base. Women in particular are a focus for many.

Research demonstrates a sharp gap in financial access along gender lines in Costa Rica. Thirty-nine percent of Costa Rican women lack a bank account, for instance, compared to 25 percent of men. This is a pattern that largely holds consistent across the developing world. Although in many cases women provide necessary income for their families, they often lack the means to build upon those earnings. This leaves them more vulnerable to the sudden economic shocks that can devastate a household, like personal medical emergencies and unexpected changes in consumer trends.

Microfinance institutions empower these women, however, by offering them the credit needed to start a business of their own, and by providing them with a newfound resiliency.

Thanks to the efforts of organizations like Fundación Mujer, women now own more than 22 percent of Costa Rican businesses. And, as the number of women gaining access to loans and other financial services increases, that percentage is only expected to grow. This means greater social mobility for Costa Rican women and a stronger ability to weather the storm in times of crisis.

The Future of Microfinance in Costa Rica

Microfinance in Costa Rica has come a long way from its first experiments with village banks in the 1980s. As it stands, Costa Rica is now one of the world’s largest microfinance markets. And, with the industry expected to grow by a further 5-10 percent in Latin America over the next decade, it is unlikely that will change any time soon.

While experts caution that microfinance cannot be seen as a ‘miracle cure’ for poverty, it is undeniable that it can provide real benefits to those in need. To see that, one only has to consider the success of microfinance in Costa Rica.