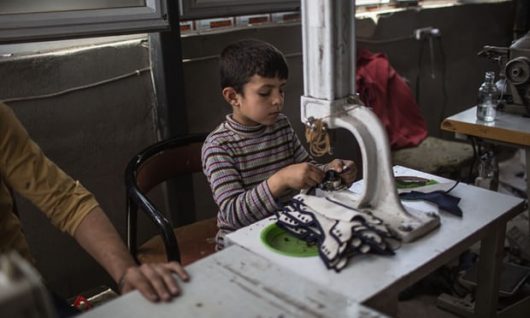 One of humanity’s most fundamental rights, the right to an education, is also often one of the first to suffer during times of disaster or war. Conflict can result in children becoming orphaned, being pressured into joining the armed forces, marrying young and becoming victims of sexual or violent abuse. UNICEF reported in April that 25 million children aged six to 15 are missing out on an education in conflict zones across 22 countries.

Many affected families flee their homes in pursuit of an education for their children as well, braving violent odds to become refugees. A UNICEF survey found that one in three parents or guardians in Greece cited better education opportunities as the reason why they left their country for Europe.

“At no time is education more important than in times of war,” stated to Josephine Bourne, Chief of Education for UNICEF. “Without education, how will children reach their full potential and contribute to the future and stability of their families, communities and economies?” UNICEF works in affected countries to ensure that displaced children receive an education in conflict zones, training teachers, rehabilitating schools and delivering supplies. The organization and its partners work in 190 countries and territories today, with a focus on children in the most vulnerable settings.

The combination of a lack of social skills, lack of education and loss of hope and happiness stemming from growing up in a conflict area often create conditions for radicalized refugee children. They may find it difficult to resist joining their country’s armed forces. Many Syrian children, for example, would rather receive a $400 monthly salary to join the war rather than work long hours for $10 a day at a shoe factory.

Governments and their people prioritize necessities like food, shelter and water during times of war over education. But without a substantial education, children grow up without the essential knowledge needed to contribute to a peaceful, economically and politically stable society. A suspension of education in conflict zones is responsible for the loss of entire generations of productive members of society, forced to be soldiers instead of scientists and child-brides instead of teachers.