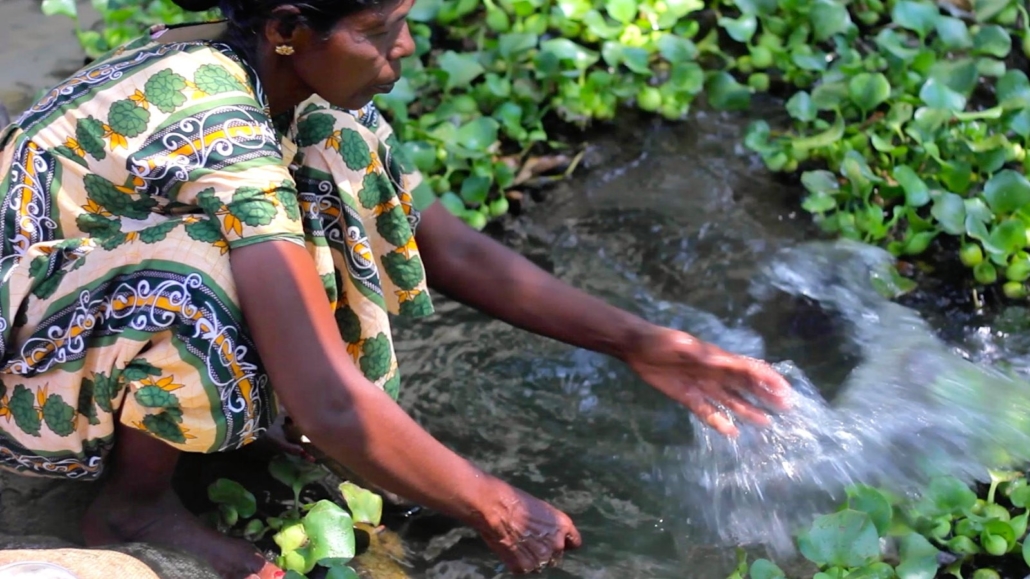 The backwaters of Kerala in India are a maze of lakes, streams and lagoons with a unique ecosystem. Over the years, a variety of challenges have affected the backwaters and threatened the ecosystem, such as contamination from pesticides that farmers use in paddy fields, dumping of chemical emissions from factories and sewage from cities, unregulated sand dredging for construction, and in recent decades, the tourism boom that has worsened water pollution.

Over 15 million tourists visited Kerala in 2017. Backwater cruises in houseboats, called Kettuvallams, are a popular tourist activity. A reported 70% of households along the Alleppey backwaters are involved in providing tourist services in one form or another.

The popularity of the backwaters as a tourist experience led to a surge in the number of houseboats. More than 1,000 houseboats operate on the backwaters, far beyond capacity, and a large number are not registered. A houseboat can produce up to 1,000 liters of waste a day. Due to lax regulations, most of the houseboats discharge sewage directly into the waters. Emissions and oil leakages from the houseboats and dumping of plastics and other inorganic waste have further contaminated the backwaters.

Effects on the Lives of the Local People

Pollution from sewage dumping, salinization of the water, sand dredging and other such disruptions have affected the lives of the locals in the backwaters of Kerala in many ways. Much of their traditions and cultural practices connect to the waterways. The backwaters are their primary water source, which they use for cooking, drinking, bathing, etc. But due to oil leakages, the water has a glossy residue and tastes like oil, making it dangerous to consume. Polluted waters also affect paddy fields that run alongside the backwaters. The contaminated water reportedly causes illnesses such as skin diseases. And there have been reports of tourist houseboats invading the privacy of the residents.

Additionally, over 1.5 million residents depend on Vembanad Lake for their livelihoods, and the ecological decline is a cause of great concern. Fisherfolks experience the most effects as several fish species have declined in large numbers or disappeared entirely.

State and District pollution control authorities have set up Sewage Treatment Plants (STP) for proper treatment and disposal of sewage and created regulations to ensure compliance and identify unregistered houseboats. However, these efforts are not without setbacks. A Sewage Treatment Plant set up specifically for houseboats had to shut down due to operational problems, and dumping of sewage into the backwaters continued. Despite these challenges, the Kerala State Pollution Control Board (KSPCB) emphasized the need for more STP’s and an enforcement wing to monitor the houseboats.

Local residents and organizations such as the Ashoka Trust for Research in Ecology and Environment (ATREE), have also taken steps to control pollution and restore the ecosystem. Every year in May, ATREE organizes the Vembanad Fish Count to document fish species and numbers and evaluate the water quality. Fishermen in Muhamma village, with the guidance of ATREE, have created fish sanctuaries to increase the number of fish. An anti-plastic straw campaign and workshops to spread awareness among women in Muhamma village about the advantages of reusable menstrual products also emerged. And more recently, solar-powered boats and non-motorized canoes are gaining popularity among tourists.

While the tourism boom has certainly benefited the State and created a reliable income source for many locals, preserving the backwaters of Kerala and its ecology is of utmost importance. Initiatives by residents, organizations and advocacy groups who have recognized the need for action and policy have helped spread awareness. And while much work needs to still occur, efforts to contain pollution and reverse the ill effects have intensified.