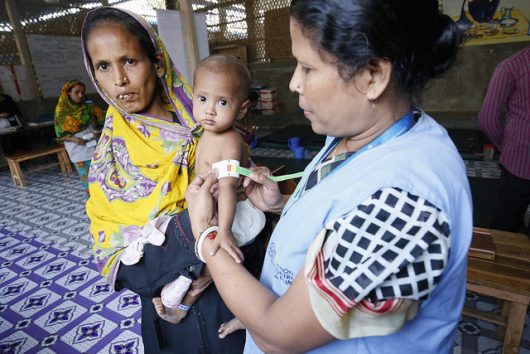 Bangladesh is one of the world’s most densely populated countries; as home to over 160 million people in an area the size of Illinois. Since the country first garnered international attention, it has made great progress in human development, namely in the areas of literacy and life expectancy. But economic inequality has increased and approximately 32 percent, i.e. 50 million people still live in extreme poverty.

Since the year 2000, hunger has been cut by nearly half in Bangladesh. Experts site economic growth, improved agricultural productivity, access to markets for farmers and social safety nets for the most vulnerable as ways to end hunger. Bangladesh’s success in these areas, especially rice production, has helped cut hunger in half.

Yet these 10 facts about hunger in Bangladesh illustrate how several key challenges still remain as millions continue to battle undernutrition, transient food insecurity and hidden hunger every single day.