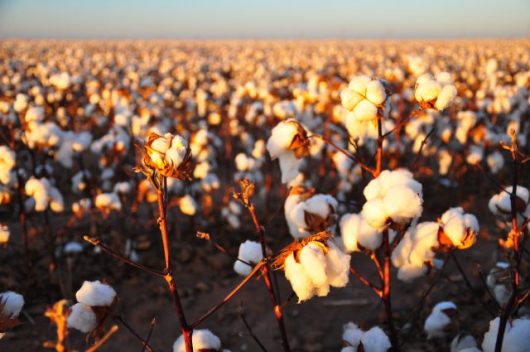 The agricultural sector of Tanzania employs over 66 percent of this African nation’s workforce and accounts for nearly one-quarter of its GDP. Coffee, cashew nuts, and cotton are Tanzania’s top exports next to gold. Other important agricultural products in Tanzania include sisal, tea, pyrethrum (an insecticide made from chrysanthemums), tobacco, cloves, corn, wheat, cassava, bananas, various fruits, and vegetables, cattle, sheep and goats. In 2016 and 2017 Tanzania exported over $5 billion in goods. Because agriculture is such an important pillar of the economy, sustainable agriculture in Tanzania has special attention of big and small groups, domestic and international.

Two of the largest and most powerful supporters of sustainable agriculture in Tanzania are the Food and Agriculture Organization of the United Nations (FAO) and the European Union. With the help of the European Union, the FAO established the Integrated Production and Pest Management Programme (IPPPA) in Africa in 2001 and through their Farmer Field School Approach, they have been working hand in hand with local governments and NGOs to improve food security and economic stability of farming communities in Africa. The food security portion of the program helps by training farmers to mitigate the risks associated with climate change and limited water access.

Domesticated cereal grains is what kick-started civilization and we have been reliant on them ever since. In 2013, cereal grain production reached a peak but due to insects, climate change, and lack of new farming equipment, it has been hard to surpass the yield of this year. The IPPPA is trying to rectify the situation with sustainable agricultural practices in Tanzania.

Cotton has become an important crop from the cash perspective. Unfortunately, cotton needs a lot of water and a lot of pesticides to make sure the crop produces a proficient yield. When done incorrectly water supplies can become poisonous or dry up which causes soil quality to degrade. In 2014 the IPPPA began to specifically support the cotton industry in Tanzania with the Support Programme for the Consolidation of the Action Framework under the EU-Africa Partnership on Cotton.

The program heavily favors the investors in the Tanzanian cotton industry but in the long run, will help sustainable agriculture in Tanzania. The plan is to increase support of sustainable farming to increase the stability of the cotton yield. The deal will include better education and better equipment for farmers. A deal like this can be good for the Tanzanian economy in total. Belgium is already one of the countries largest trading partners.

Tanzania’s agricultural sector looks to be stable and heading in a right direction. This has a huge importance for the nation. Currently, all farmland is owned and leased on 99-year leases to farmers. There has been tension and disagreement over if this should change. The biggest fear is that foreign investors will buy the land and hold too much power over the Government, the people and the market. The current relationship is working for both Tanzania and their investors. Hopefully, this harmony will continue and sustainable agriculture in Tanzania will flourish.

10 Facts About Hunger in BangladeshInfrastructure in Kenya: Current Developments
Scroll to top