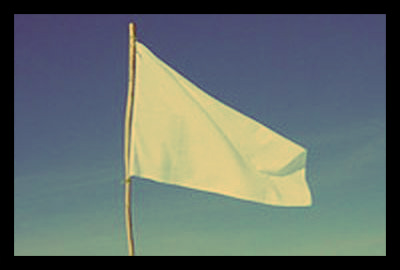 A temporary pause in the fighting between the Syrian government and rebels allowed emergency personnel to evacuate 83 civilians from the embattled city of Homs on February 7, according to the United Nations.

The evacuation of the civilians  comes a day after the U.N. brokered a three day ceasefire,  under which women, children, the elderly and injured people will be allowed to leave Homs. That day, buses were allowed to enter Homs’ Old City, where as many as 2,500 people are believed to be trapped. The trapped residents have been unable to leave because they are caught in the fighting between the government and the insurgents battling Syrian President Bashar al-Assad’s regime.

The departing residents will be greeted at a U.N. welcome center and will then give the authorities the names of people who want to stay behind. The provision of the names of citizens who do not want to leave was a key demand of Syria’s government, which wants to learn the identities of the men who reside there, the Washington Post reported.

In addition to the evacuation of these noncombatants, aid will be allowed to enter Homs’ Old City, parts of which have besieged by government forces since June 2012.  Under the temporary ceasefire between the government and the rebels, medical aid and food should reach Homs on Saturday.

The three-day ceasefire covering Homs, which was one of the first cities to take up arms against Assad’s regime, comes nearly two weeks after United States and Russian-sponsored peace talks on ending Syria’s civil war opened in Switzerland. The talks, which began in the Swiss city of Montreux on January 22 before moving to Geneva on January 24, paused last Friday. The negotiations between Syria’s government and a western-backed opposition alliance known as National Coalition of Syrian Revolutionary and Opposition Forces are set to resume Monday in Geneva.

Assad’s government and the opposition had been expected to reach agreement early in the talks on localized ceasefires and on allowing humanitarian aid to be delivered to besieged areas, but the two sides were unable to even reach a deal on these issues.

The official agenda for the negotiations, known officially as Geneva II, is to reach agreement on the composition of a temporary government with full executive powers that would oversee Syria’s transition to democracy.  Syria’s government rejects the idea that goal of the talks is the establishment of a government that doesn’t include Assad, whose family has ruled Syria since 1971, while the opposition has insisted that any transitional government exclude the Syrian president and leading members of his regime.

Syria’s nearly three-year long civil war, which pits rebels largely drawn from Syria’s Sunni majority against a government controlled by the country’s minority Alawite sect and supported by Shia Iran, has stoked Sunni-Shia tensions across the Middle East, particularly in the sectarian tinder boxes of Iraq and Lebanon.

Shia Iran and its Lebanese proxy force Hezbollah have backed Assad, a longtime ally of both Tehran and Hezbollah, while Sunni gulf states and Turkey have supported the Sunni insurgents, buttressing the rebels through the provision of light weapons and cash.  Both sides seem to view the Syrian conflict as a proxy war between the Sunni and Shia branches of Islam.