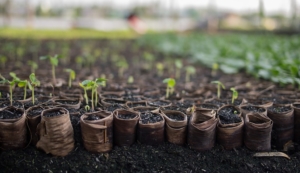 The World Bank estimates that 78% of the world’s poor live in rural areas. Most individuals who reside in these areas depend on farming and agriculture not only for sustenance, but also for household income. There is consequently a correlation between poverty and having one, dominating occupation. Yet according to researchers, there seems to be a solution to this relationship through increased income diversification.

There is an issue of volatility that is inherent in farming. Variability in conditions can adversely affect crop yield, which ultimately impacts the income received by farmers. According to Farm Europe, competition can also be problematic. If all the poor in a given region take up farming as a means of earning income, then at some point, the supply outweighs the demand. When that happens, either crop prices will either decrease or crops will waste away in storage. This effect is further amplified when governments are unable or unwilling to offer adequate compensation for farmers’ excess crops.

Even in the United States, abundant in resources and well-developed in agricultural techniques, farming is a constantly changing industry. The USDA reports a wide fluctuation in income earned by a typical commercial farmer between 2000 and 2014. As a result, there is a need for income diversity worldwide, and this is particularly illustrated by some of the success stories in impoverished countries.

Since the 1990s, Vietnam has experienced high rates of economic growth. Researchers with the IFPRI (International Food Policy Research Institute) assert this is due in large part to income diversification.

Vietnam’s highest concentration of poverty is located in the Northern Hills. An analysis of the region suggested that those able to earn income by way of agricultural production, as well as non-farming activities, experienced the highest spike in their earnings over time. However, where does that leave those solely reliant on farming?

Residents limited to farming only managed to earn a living by applying the principle of diversification to their crops. They deviated from the typical crop grown, rice, and added cash crops, like coffee and tea, to their output. The cash crops yielded a much higher profit per unit of sale and required less land, labor and resources to grow and maintain. Even so, their spike in income did not match that of those who participated in both farming and non-farming activities. Nonetheless, the practice of diversification provided a much more stable source of income overall.

Niger currently ranks as the fifth most impoverished country in the world, and it is actively striving to end its poverty issue. People are seeing positive results attributed to the dynamic between poverty and income diversification.

A study conducted on over 600 smallholder rice farming families in Niger revealed that those who also participated in non-farming wage employment were better off than those who strictly farmed or were self-employed in some capacity related to farming. An important effect of a second stream of income was the ability to maintain the size of a given farm. The ancillary job could generate enough profit during a poor season to cover overhead costs for the following season.

The relationship between poverty and income diversification has become a central focus for policymakers across the globe. It is an effective way for individuals to mitigate the impacts of poverty. Empowering impoverished families to earn steady income can solve many issues embedded in poverty. If a family can individually afford food and water, they can pay to keep their lights on or go for a visit to a doctor. Moreover, the idea of attaining an education or further developing their current form of income becomes a realistic possibility. Diversifying income creates a pathway to not only sustaining livelihoods, but lays the groundwork for prosperity.