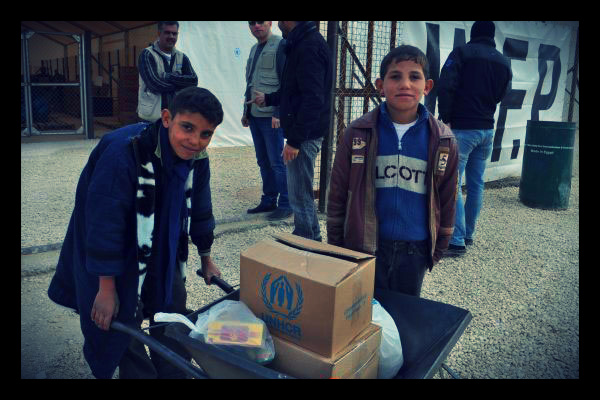 While most reports about Syria the past week have discussed the casualties of what has been the deadliest month to record in the three-year long civil war, hope through education remains in the face of strife and depravity.

Of the thousands of children who have fled to Jordan and Iraq, some have been fortunate enough to continue their education. More recently as well, these children also began receiving consistent meals and snacks at their schools.

On March 24, the World Food Programme, a branch of the United Nations, began a special program to feed children attending schools in refugee camps. Their goal was not only to increase the children’s nutritional intake but to also ensure that they continue to attend school. In a matter of two weeks, World Food Programme has already seen a 20 percent increase in attendance throughout the camps they worked in.

The main snack that is distributed is a date biscuit, an already popular and familiar snack in the Middle East. This version however is fortified with three minerals and 11 vitamins, providing students with 450 calories to help sustain them through their day.

With plans to help an additional 24,000 children in Zaatari and 1,500 throughout Iraq, World Food Programme would need to raise $780,000 to run the program through the end of the year. Aside from the millions of dollars needed to feed all refugees, and not just children attending schools, this particular project has hopes of being able to create a stable routine and lifestyle for children who have already encountered so much.