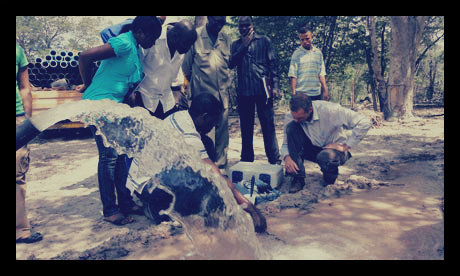 According to a recent Namibia Population and Housing Census Basic report, approximately 80 percent of all Namibian households have access to clean drinking water. However, a great disparity is seen when urban and rural areas of Namibia are separated. Access to clean drinking water in urban areas rises to about 98 percent whereas the percentage of households with such water access drops to about 59 percent in rural areas.

The government of Namibia is now working on bridging this disparity, spending 2.6 billion Namibian dollars, which is approximately 283 million USD, to improve rural water access and sanitation. This will be done by providing households in rural areas access to toilet facilities (like flush toilets), as well as building a second desalination plant along the coast. A desalination plant removes the salt from seawater making it a useable water source.

As of now, approximately 16 percent of rural households utilize unsafe water from local water supplies, such as streams and rivers, while another 13 percent utilize unsafe water from wells. Lowering or eliminating these percentages is the goal and primary subject of the $2.6 billion Namibian investment into improving rural sanitation and water supplies. Through improving access to safe water, improvements in health and the decrease in the spread of disease will also occur. Eliminating these conditions will lead to major improvements in health, even helping combat the prominence of diseases such as diarrhea and cholera.