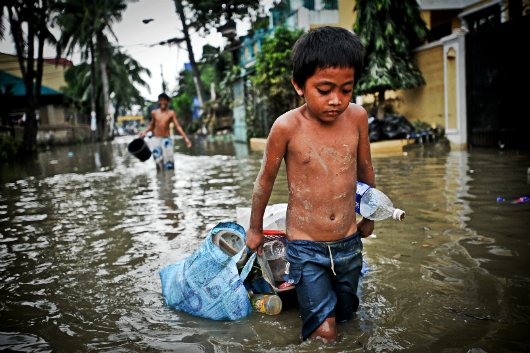 A new potential Anti-Poverty Model has emerged out of sustained economic reform in the Philippines. Over the past two years, local growth has significantly reduced poverty in the country. Looking ahead, continued reform measures could bring the number of poor Filipinos down to just 18-20 percent of the population by 2016.

In recent years, sustained economic growth in the Philippines has brought more jobs and improvements in living conditions for the country’s poor population. Over the course of just one year, more than a million jobs were created. What is more, unemployment is also at the lowest rate that it has been in ten years.

World Bank leading Economist Rogier van den Brink stated, “If growth is sustained at 6 percent per year and the current rate at which growth reduces poverty is maintained, poverty could be eradicated within a single generation”. In order to achieve this goal, however, key structural reforms will need to be sustained and sped up.

The most important structural reforms to focus on will be increasing investments in infrastructure, health and education, enhancing competition, simplifying regulations to promote job creation, and protecting property rights.

Back in January, the World Bank’s Philippine Economic Update was released, with the theme “Making Growth Work for the Poor.” The report lists the aforementioned goals and recommends rationalizing tax incentives by making them more targeted, transparent, performance-based, and temporary.

The potential success of continued reforms depends hugely on strengthening tax administration and improving the transparency and accountability of government spending. Once the Filipino population can agree with the manner in which their tax dollars are being spent, the new growth cycle can perpetuate itself accordingly.

During a press conference, Mr. Ven den Brink was probed on the Philippines’ lower-than-expected growth in Gross Domestic Product during the first quarter. He responded by explaining that since 2013, it has become much easier to see the way that even slow economic growth can directly reduce poverty.

Ven den Brink explained that regardless of the specific GDP number, what really matters is how that growth affects the poorest people. According to the World Bank economist, household and labor survey data all paint the same poverty-reducing picture.

While it is true that slow-moving government spending has limited the growth of the Philippine economy during the first quarter of the year, significant changes in poverty still pervade. Rates of underemployment and poverty are decreasing, and the lowest real income is growing 20-30 percent faster than the rest of the country.

Van den Brink also noted that the government’s Conditional Cash Transfer program has been a key poverty-reducing tool. The program gives out payments every month to the poorest households, which has successfully helped to lift entire families out of the poverty cycle.

Although some remain skeptical, poverty elimination in the Philippines is starting to seem like more of a feasible reality. This could be a major milestone not only for the Philippines, but for all of those involved in the global fight against poverty. Sustained economic growth could finally level the playing field, once and for all.

For Bangladesh Refugees, Salvation in a Former Disaster Zone Impact of the Papal Encyclical on Global Poverty
Scroll to top