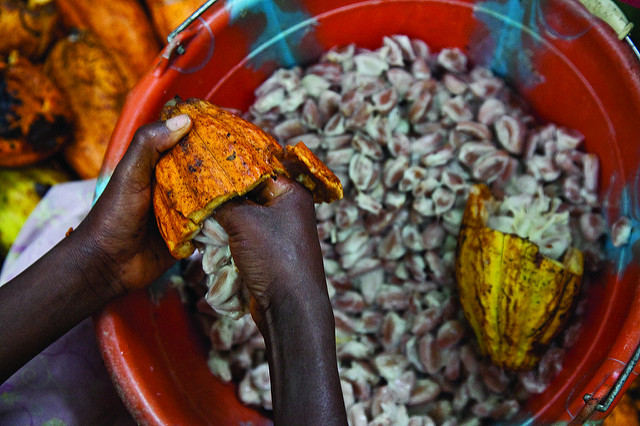 Agriculture is the backbone of any economy, but this is particularly true in Liberia. Over 80 percent of Liberians live in poverty, earning less than $2 per day. They rely heavily and primarily on small-scale subsistence farming for their income, nutrition, food and survival.

After decades of internal conflict, sustainable agriculture in Liberia was left unattended by policy and programs, thus very little positive change occurred. Farmlands shrunk, water resources were mismanaged and the distribution and production of food suffered. Liberia was also one of the countries hit the hardest by the Ebola virus, which took a toll on its agriculture.

A number of challenges have prevented sustainable agriculture in Liberia. From poor pest management and lack of technology to the limited use of fertilizer and modern-day cultivation methods, Liberia lacks good quality farm inputs. Furthermore, due to poor road networks and high transport costs, there is little incentive to produce food beyond subsistence levels.

The West Africa Agricultural Productivity Project (WAAPP-Liberia) is a regional project supported by the World Bank and the Japanese Government. It has helped fund the resuscitation of the Central Agricultural Research Institute, which is Liberia’s only agricultural research institute. Badly damaged during the country’s civil wars, this institute will support young Liberian scientists who have come to serve Liberia’s Ministry of Agriculture.

This project, funded by the World Bank, is looking to support sustainable agriculture in Liberia by progressing research in technology, production of adaptive seed adaptive and regulatory policy.

Since climate change has such a huge impact on agriculture, the Climate Change Adaptation Agriculture Project aims to increase the resilience of poor, agriculturally-dependent communities and decrease the vulnerability of the agricultural sector to climate change in Liberia. One of its major accomplishments has been addressing the deforestation in Liberia that has led to unsustainable agriculture practices such as charcoal/fuelwood production for energy in cooking and drying, logging practices and unsustainable mining practices.

In collaboration with the Center for Sustainable Energy Technology and Society for the Conservation of Nature of Liberia, this project has piloted production and use of energy-efficient cookstoves and ovens for drying fish in Montserrado and Grand Cape Mount County.

These two projects are just some of the ways sustainable agriculture in Liberia is slowly but surely healing from years of turmoil and misuse. These efforts can create a better Liberia for both the land and its people.