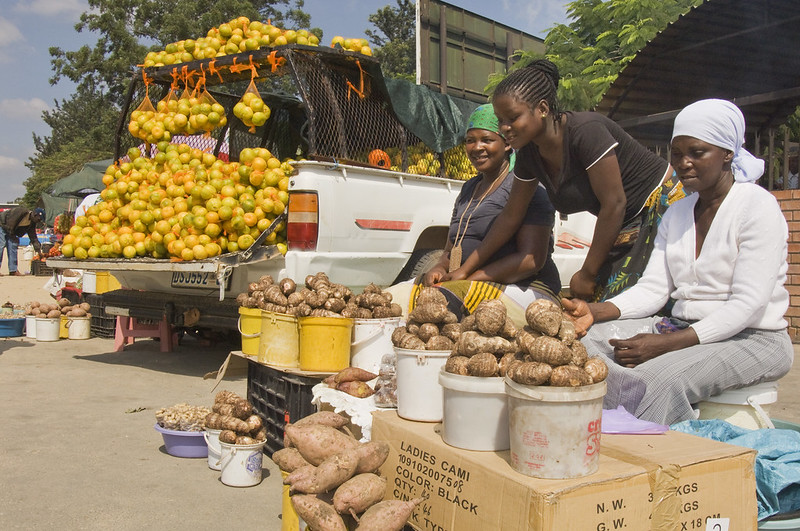 In 2019, the World Bank stated that approximately 700 million people lived in extreme poverty, surviving on $1.90 daily. The future is optimistic though as extreme poverty decreased from 35% in 1990 to 8.6% in 2022. Thanks to the persistent efforts of governments, foundations, international non-governmental organizations and many others, global poverty is diminishing. In 2008, Anne Welsh McNulty established the John P. McNulty Prize “in honor of her late husband” in partnership with the Aspen Institute with the aim of supporting leaders to end poverty. Each year, leaders who address significant world problems, like global poverty, receive funding and “support to amplify their efforts.” Here are five women leaders and McNulty Prize winners who focus on global poverty reduction.

Navyn Salem’s philanthropy journey began with a trip. In 2007, during a visit to Tanzania, her father’s home country, she witnessed child malnutrition firsthand. “A mother was crying inconsolably over the loss of her child. The child had starved to death,” the Edesia website described. Since that day, Salem made it her mission to prevent global malnutrition. In 2009, she founded Edesia Nutrition, which is the reason why she stood as one of the winners of the John P. McNulty Prize in 2022. Edesia Nutrition is a U.S.-based nonprofit organization that produces ready-to-use therapeutic food, like Plumpy’Nut, to end malnutrition. This organization has addressed hunger and malnutrition among more than 16 million children in 60 nations through successful collaborations with UNICEF, USAID, the World Food Programme (WFP) and more.

Jacqueline Novogratz gave up her career on Wall Street in 1986 to assist with launching Rwanda’s first microfinance institution. According to the McNulty Foundation, she “continued her work of using creative methods of financing to encourage development by starting Acumen” in 2001, an impact investment organization that invests in companies and individuals, working on global poverty with its “Patient Capital” model.

For her, this is a bridge between philanthropy and markets. Also, the Acumen Academy provides courses, fellowships and accelerators to support next-generation role models, innovators and leaders who focus on social change in different ways. The Acumen Global Fellowship Program is a one-year program that helps individuals to master the required “skills, attributes and values of moral leadership values”necessary to ignite social change. Through this program, Novogratz won the 2018 McNulty Prize Catalyst Fund, which “builds on a decade of the impact of the John P. McNulty Prize, a $100,000 award given annually to honor the visionary work of individuals moving the needle on intractable global challenges.”

Vital Voices Global Partnership is a nonprofit organization that has supported women leaders all around the world since 1997. The organization has supported more than 20,000 women in more than 180 countries and regions. It supports women leaders because it believes “women are the key to progress in their communities and nations cannot move forward without women in leadership positions,” the Vital Voices website said.

Kissling is also the co-founder of Vital Voices Costa Rica. Overall, “the Vital Voices Central America network has touched the lives of [more than] 100,000 women and their families” through different programs. Women are now able to gain important skills in communication, entrepreneurship and leadership, career-building and community work. This is a crucial contribution considering that in this region, women are more likely to live in extreme poverty than men. Kissling and Pacheco won the 2019 McNulty Prize thanks to their dedicated efforts to fight against poverty in Central America.

Réjane Woodroffe witnessed the utmost opposite conditions during commutes between Cape Town, South Africa, and a secluded community of villages on the southeast coast of the country. In one place, there were luxurious cars, fancy buildings and many job opportunities, whereas, on the other side, she saw extreme poverty and underdevelopment. The villages lacked roads, proper health care access, schools, electricity and sanitation.

After this eye-opening experience, she started to work on trying to end rural generational poverty. In 2007, Woodroffe founded Bulungula Incubator, which is the reason why she won the 2014 prize. Bulungula Incubator is a nonprofit organization that has goals to end poverty while improving community life through several programs. For instance, early childhood education, health and nutrition, sport, art, culture and economic programs through collaborations with government, non-governmental organizations and other associations. This is another example of supporting leaders to end poverty.

All in all, awards like the John P. McNulty Prize play a significant role in supporting leaders to end poverty. These types of awards not only provide monetary support to further leaders’ humanitarian work but also stand as motivation for future leaders who would like to play a role in poverty reduction. Announcing these types of awards to recognize winners is crucial for motivating the next generation of leaders.