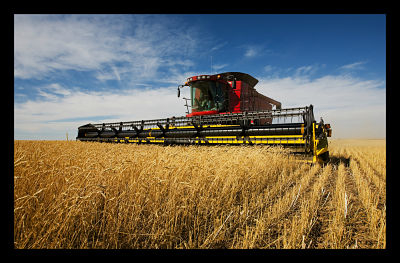 According to the annual Organisation for Economic Co-operation and Development (OECD) report, government support for agriculture rose during 2012, ending a long-term downward drift and reversing the record lows that were recorded in 2011.

This support was documented in the 47 leading farming nations, which provide nearly 80 percent of the global farm output. This includes seven “emerging economies” that will soon be major players in the food and agriculture markets.

The OECD defines “support” as the transfer of money to agricultural projects from government policies that are designed to support them. This money comes from consumers and taxpayers. This year, the Producer Support Estimate has risen to 17 percent of gross farm receipts in 2012, up from 15 percent in 2011.

Ken Ash, the OECD Trade and Agriculture Director, said that wasteful policies of the past need to be abandoned to make sure that “much needed innovation” is fully funded. This will also allow farmers to “respond to market signals” and for governments to support wide-range farm reform.

Though the report noted a general rise in government support, the levels of support per country vary widely. The highest support countries recorded further increases, but countries with relatively low support continued to fall.

According to the OECD, some of the countries that saw sharp increases in this support have begun turning their policy toward a focus on self-sufficiency. The OECD also said that food systems would be more efficiently improved by developing “safety nets” and reducing poverty.

The OECD notes that several multi-dimensional efforts are necessary to raise domestic production and improve access to imports and export markets. These efforts would also allow for the construction of emergency food reserves.

The report released by the OECD said that “public investments for the sector overall should receive more attention.” They suggest investments that have “high social returns in the long run,” such as education, research and development, technology and advisory services. The OECD also said that food safety and food quality assurance systems contribute to long-term profitability.