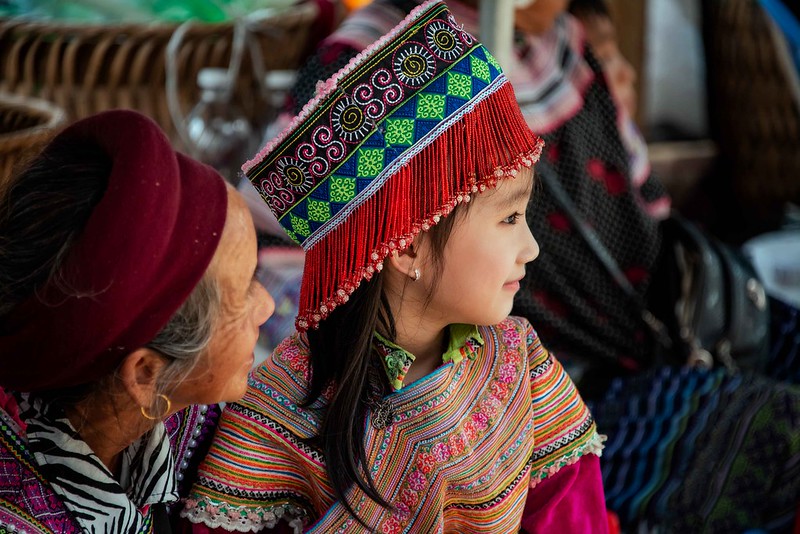 Suni Lee stepped center stage in the 2021 Tokyo games with her gold all-around win for America. Many are celebrating her win as a step forward for Asian representation in America. Furthermore, many are comparing her to the likes of Simone Biles or Gabby Douglas as a gymnastics legend. Her potential legacy reaches far from America to the country where her parents were born: Laos.

Laos and the Hmong People

Laos is in East Asia, in between Vietnam and Thailand. It is one of the few communist countries remaining in Asia. Laos is known as one of the poorest countries in East Asia. It has a population of 6.7 million. The Hmong are about a third of the ethnic community in Laos. The indigenous Hmong people originate from the mountainous areas in Vietnam, China, Myanmar, Thailand and Laos. As of 2015, about 600,000 live in Laos.

Mass migration of the Hmong people to America occurred about 50 years ago, after the Vietnam war. Suni Lee’s family were among those who migrated. Despite Laos not being a part of Vietnam, it did not escape the devastation of the war. In the 1960s and 1970s, the U.S. conducted more than 580,000 bombings missions on Laos, making it “the most heavily bombed country per capita in history.” A third of these bombs did not explode immediately, but they did lead to 20,000 injuries and deaths long after America stopped dropping them.

Now, there are about 50 deaths related to these bombs each year, with about 40% of those dying being children. The bombings were a part of the secret war to support the Royal Lao Government against the Pathet Lao. During this secret war, the U.S. recruited the Hmong people to help fight Southeast Asian communists. Between 30,000 and 40,000 Hmong citizens lost their lives in this effort. After America withdrew from Vietnam and Laos, communist forces punished the Hmong and others for helping the United States. Thousands had to flee their homes to Thailand, with many dying along the journey. Hmong citizens resettled in other countries like America. California and Minnesota, where Suni Lee is from, contain the majority of migrated Hmong people.

The Cost of War

The government of Laos has repressed and committed crimes against the Hmong people since then and without much scrutiny. According to Unrepresented Nations and People Organization, the LPRP, or the Lao People Revolutionary Party, suppresses civil and individual groups opposed to its efforts. It is also the only legal party in the country. Widespread discrimination against ethnic groups like the Hmong includes religious and cultural restrictions. This discrimination leads to poverty, a lack of education and a lack of health care among the Hmong population in Laos. Economic hardship due to the war has placed even more pressure on Laos.

Suni Lee’s win is for the U.S. and the larger Asian American community, but it could be potentially life-changing for the Hmong community. The Hmong people’s history and impact on U.S. history have been largely unknown to most Americans. Since the start of the Olympics, Google has seen a spike in searches using the word “Hmong.” One of the trending questions after Suni’s gold was “What is Hmong Descent?” Suni Lee is starting to bring more attention to this community through her efforts.

After the migration to America, many Hmong families discouraged sports and other extracurriculars, according to NBC. Suni Lee’s participation in these Olympics could also change that. Many Hmong families drove out to see Suni, who reflects on their past and possible future. Reports say after the success of individuals like Gabby Douglas and Simone Biles, African American participation in gymnastics skyrocketed. Suni Lee may have the same impact. For now, she is bringing the spotlight to her community.