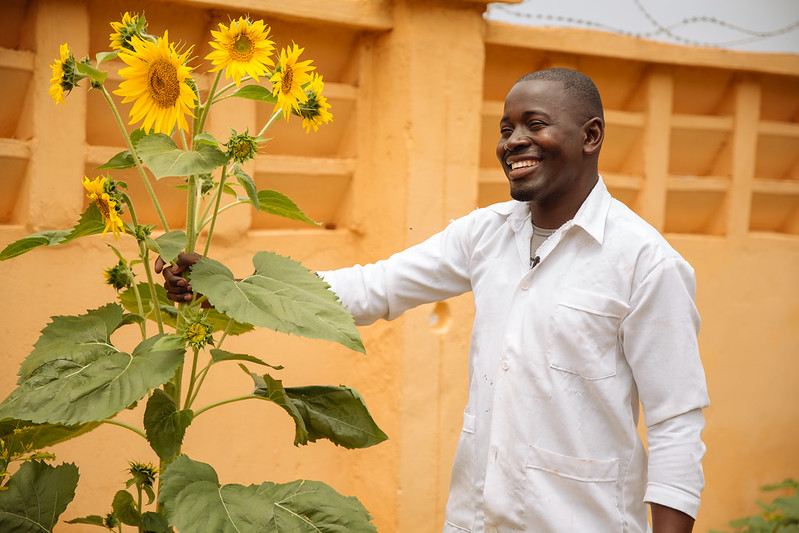 Tanzania is among the top 10 nations producing the most sunflower oilseed with an output of 350,000 tons per year. Sunflower oilseed has many commercial uses — it can be used as an ingredient in cosmetic products as well as medicines and can serve as a cooking oil. According to a research paper, in 2013, the national sunflower trade produced 32% of Tanzania’s edible cooking oil. This trade also provides 35% of Africa’s and 2.4% of the world’s sunflower production. Small-scale farmers dominate sunflower production in Tanzania — about 24 million residents engaged in the industry in 2016. As such, sunflower production in Tanzania has the potential to improve the welfare and livelihoods of low-income households.

The Sunflower Industry in Tanzania

Because the flower grows well in a dry land where other crops cannot, this plant is grown across the nation. However, there are obstacles that prevent farmers from benefiting from the full potential of sunflower production, resulting in lower quality and productivity of the plant, and thus, low return on investment. These include inadequate farming machinery and restricted access to value-added markets and services.

A 2020 research paper stated that the gross profit margin of sunflower farming in the Iramba district of Tanzania is $18.71 per acre with a Return on Investment of 16% per acre. However, in its poverty analysis, the study found that income from sunflower farming could not meet the international poverty line of $1.90 per day, equating to daily per capita earnings of only $0.07, which falls significantly short. Therefore, although sunflower production in the Iramba district remains a popular trade, 52% of households in the district live in poverty, earning an average of 85,125Tsh per month ($38.5 monthly).

The Tanzanian government has encouraged the involvement of women and youth in sunflower commercialization through government policy to provide more opportunities in the workforce and alleviate poverty among these groups. However, other factors limit their ability to fully participate in this market, such as a lack of financial capital and restricted access to land.

As Future Agricultures stated that “Land access problems among women and youth in Tanzania are, for instance, largely the result of cultural restrictions on the ownership of ancestral land. Regarding financial capital, women and youth cannot access loans from commercial banks because of their low ownership of assets used by banks as collateral.”

This results in stark contrast of participation and productivity levels across age and gender. Only 22% of young farmers take part in sunflower production in Tanzania as opposed to 78% of older farmers. Although a high percentage of female-led households are participating in sunflower farming, only a fraction of these households include young female farmers. In addition, older female farmers sell significantly fewer quantities of sunflowers as opposed to older male farmers, at 65% and 71% respectively.

The United Nations Industrial Development Organization (UNIDO) has been working in collaboration with Tanzania’s Ministry of Industry and Trade since 2012 to reform the nation’s agro-industry and strengthen the value of local goods, including sunflower oil, in the national and international markets.

UNIDO international experts working together with national consultants have provided enterprises with diagnostic services and aid in upgrading and modernizing the production process. This includes business consults that advise producers to form clusters and jointly invest in marketing actions and storage facilities that will result in higher competitiveness and productivity. In addition, UNIDO is collaborating with various organizations to increase access to modern machinery.

However, to reach and assist women and young farmers in this trade, it is evident that policymakers in Tanzania must support policies that increase resource access among these groups, specifically agricultural land and financial capital.

Sunflower production in Tanzania is a popular trade with great potential. However, the country must take additional steps to significantly lower levels of poverty in the nation. Farmers are unable to receive the full benefits of this crop due to outdated machinery and limited access to lucrative markets. Women and young farmers in particular face greater obstacles when joining the trade. However, by working to improve resource access, sunflower productivity and competitiveness can increase and begin to lift many households out of poverty.