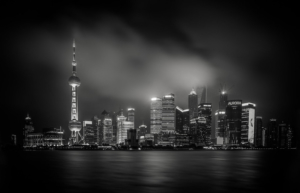 Every two minutes a person in China commits suicide. Around a quarter of all suicide cases in the world take place in China. Out of China’s 1.3 billion population, 287,000 individuals commit suicide per year. Suicide is the leading cause of death for teenagers and individuals 15-34 years old.

These numerical statistics are merely numbers and do not reveal the humanity and the root causes of these problems. However, it is difficult to analyze problems without first collecting data and there is a lack of recent accurate official data on suicide rates in China.

Suicide cases in China are quite different from those in other countries. In Western countries, around 90 percent of suicides and attempts are brought on by long term mental illness or depression while only 60 percent of suicide cases in China are caused by mental health problems. Although mental health problems and depression increases the chance of attempts at taking one’s life, these figures demonstrate there are other factors in China causing the high rates of suicide.

In rural areas, there is less access to mental health care facilities and treatment. Suicide rates in the rural countryside are two to three times higher than the rates in urban cities. The most common way to attempt taking one’s own life in rural areas is by swallowing the pesticides used to protect their crops.

Suicide affects every demographic in the Chinese population but it is the number one cause of death for Chinese women. According to the World Health Organization, China is the only country in the world where its women commit suicide at higher rates than its men. Of all female suicides worldwide, 56 percent occur in China.

Why are so many Chinese women taking their own lives? If these women do not have mental health or depression, what spurs on these decisions to end their lives?

Studies cite martial conflict, escaping shame, poverty, pressure from their society and the one child policy as explanations to why so many women in China choose to take their own lives. Perhaps it’s a combination of these economic, social and personal factors that can explain China’s problem with mental health.

People commit suicide because they believe it is the only option available for them. When they are drowning from their problems, from the weight of the world and they want their pain to stop, they can choose to take their own life. From their view, taking their own life offers a way out, for their problems to go away.