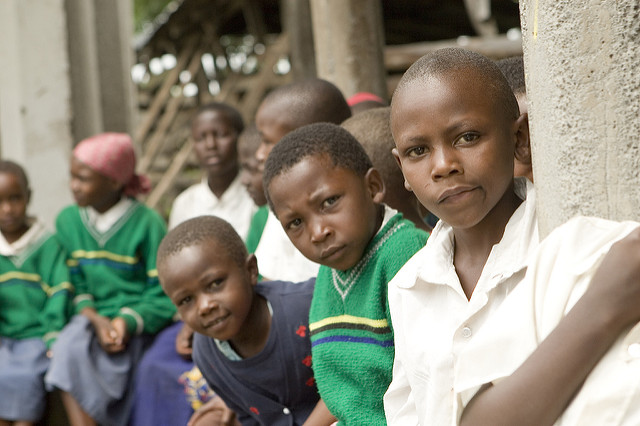 Tanzania has seen a rapid increase in its growth rate over the years, becoming a hub for foreign assistance from a myriad of countries, non-governmental and intergovernmental organizations, such as the United Nations. Despite increases of humanitarian aid to Tanzania, poverty continues to persist in predominately rural zones of the country.

A 2008 country report indicated that 36 percent of the population was living beneath the poverty line. To account for this, Tanzania became an integral component of President Obama’s strategy towards sub-Saharan Africa. Under the Country Development Cooperation Strategy (CDCS), programs were launched to spark economic empowerment for women and children. Furthermore, the object aimed to “achieve inclusive, broad-based, and economic growth – to advance Tanzania’s advancement toward middle-income status by 2025.”

The aim of humanitarian aid to Tanzania is to provide economic empowerment for those residing in rural and urban areas, as well as providing direct humanitarian assistance for those in need.

Some forms of assistance have come from philanthropists such as Bill and Melinda Gates, who announced that their foundation will invest $300 million in Tanzania toward public health and poverty reduction programs. Bill Gates spoke on the improvements in the way foreign aid was being spent in the developing world, noting that aid spending was occurring in a “smarter way.”

The Bill and Melinda Gates Foundation has provided an extensive amount of money toward development aid projects in recent years, according to Reuters. Gates added that eradicating both malaria and HIV in Tanzania were essential in inspiring any direct change.

The United Nations started an initiative in 2016 to respond to a severe cholera outbreak which impacted 19 regions of the country. Their aim was to allocate $11 million to respond to the urgent needs of refugees fleeing from Burundi at the time.

Since then, other medical issues have surfaced because of inadequate resources as well as a decline in funding from international donors. Specifically, there is an increase in sexual and reproductive health concerns, as well as malaria, which is attributed to refugees who reside in overcrowded and unsanitary conditions.

The success of humanitarian aid to Tanzania, however, stems from the U.N.’s Central Emergency Response Fund (CERF). This operation is sought to target severely underfunded emergencies in 94 countries and territories and has now allocated almost $4.2 billion in aid.

Despite Tanzania’s remarkable increase in GDP growth at seven percent per annum from 2003-2012, the reflection of this growth was not accurately represented. According to the CDCS report, Tanzania’s population living below the $1.25 per day global poverty line was at 68 percent in 2007.

Additionally, farmers residing in rural areas were much more impoverished than those residing in urban areas. In order for Tanzania to implement effective change in its development strategy, the CDCS advised the government of Tanzania to increase regional economic integration.

More pragmatic approaches include rectifying the education sector, providing employment opportunities in rural areas as well as promoting exports by reducing trade barriers. Humanitarian aid to Tanzania can be successful with the integration of Tanzanian women and youth, who are largely marginalized and underutilized segments of the population. Further, the continuous wave of refugees and asylum seekers who have been fleeing persecution or natural disaster from neighboring countries have impacted efforts of eradicating extreme poverty.

Tanzania is one of the ten largest U.S. aid recipients in Africa. Despite potential cuts to foreign assistance, USAID still maintains efforts to provide aid and opportunities for citizens who are desperate to lift themselves out of poverty.

5 Development Projects in PakistanA Generous Generation: Millennials Give to Charity
Scroll to top