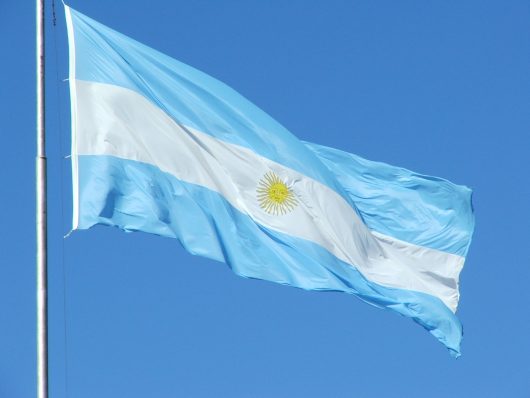 Three key issues were addressed following the implementation of newly-approved efforts for humanitarian aid to Argentina. These issues include the AIDS/HIV epidemic, poor water sanitation and limited housing options.

As of 2016, the World Bank recorded that Argentina, a country located in South America, had a total population of 43.85 million and a national poverty headcount ratio of 30.3 percent. This indicated that 30.3 percent of the population lived in poverty at that time.

Humanitarian Aid to Argentina for HIV/AIDS

In 2014, the nonprofit organization UNAIDS approximated that 110,000 living people suffer from HIV/AIDS in Argentina. Of that number, about 5,400 new infections occurred. There were an estimated 2,300 deaths due to HIV/AIDS in that same year.

Humanitarian aid to Argentina has increased efforts for disease prevention. The AIDS Healthcare Foundation program partners with local hospitals and universities to educate and train health professionals in HIV treatment and services.

According to the World Bank, about 30 percent of those infected with HIV/AIDS are unaware of their condition. Fortunately, Argentina’s National AIDS Law required improved access to healthcare as HIV/AIDS treatment became accessible for free.

In 2016, UNAIDS recorded that the cases of HIV/AIDS-related illness increased to about 120,000 living people, 2,400 HIV/AIDS-related deaths and 5,500 new infections. Despite growth in cases, relief programs like the Aids Healthcare Foundation furthered efforts by operating in five clinics in Argentina.

From 1991 to 2015, between 16 to 19 million diarrhea-related illnesses were linked to inadequate access to clean water and water services. This limited access mainly impacts Argentina’s northern regions which include Catamarca, Formo and Tucuman, among others.

In March 2017, the World Bank indicated approval of the Belgrano Water Supply and Sanitation Development Project. The project aims to provide humanitarian aid to Argentina by making clean water available to all. It also aims to create “75 percent access to wastewater services for those living in urban areas by the end of 2019.” This will make sanitary water available to 8.2 million people.

A 2017 report by the World Bank indicates a rise in the lack of affordable housing provided by the public. Approximately 18 percent of the population lives in informal housing with limited, or lack of, access to clean water and wastewater services. In this informal housing, residents also do not have adequate access to healthcare and schools.

The Integrated Habitat and Housing Project was approved and includes a $200 million commitment until 2022. The project aims to increase formal housing while also improving living conditions for households in selected precarious urban settlements.

Developing projects by both the World Bank and nonprofit organizations deliver humanitarian aid to Argentina, especially in regard to HIV/AIDS prevention, water sanitation and housing conditions. These concerns indicate that poverty takes many forms and still exists today. However, the continued efforts in Argentina are promising in the global mission to alleviate poverty.

What Makes a Country Developed? Moving Past PovertyAn Era of Food Sustainability to End World Hunger
Scroll to top