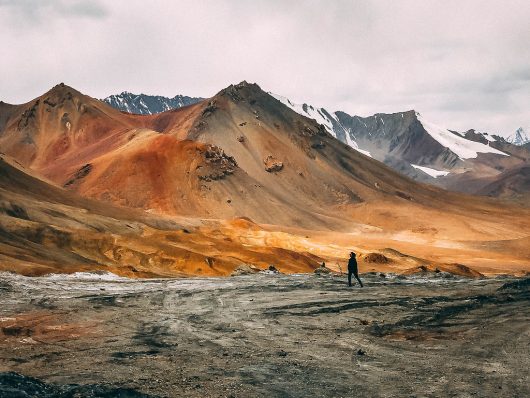 Global warming has received a lot of attention of late as we see its detrimental and damaging effects around the world. Unfortunately, countries who often do not aid in the cause of global warming are often the ones hit the hardest by its effects. Tajikistan is no stranger to the problems this crisis is causing. With a population of 8.5 million in this heavily mountainous region, Tajikistan is extremely vulnerable to droughts, landslides, and floods.

The year 2015 brought high temperatures that caused massive glacial flooding and mudflows, damaging critical infrastructure in Tajikistan and forced 10,000 people to evacuate. Tajikistan’s development progress is extremely threatened with the risk of more such disasters. The nation has cut their poverty rate in half since 1999, which is an amazing accomplishment; but with major disasters wreaking havoc across this country, the nation is vulnerable once again.

In order to protect the socioeconomic gains and continue the development effects of infrastructure in Tajikistan, the World Bank and USAID have stepped in, partnering with the Tajikistan government on necessary and vital projects.

Strengthening the project Critical Infrastructure Against Natural Hazards aims to strengthen the country’s capacity to prepare for, mitigate and respond to natural disasters while reconstructing and upgrading critical infrastructure in vulnerable regions of Tajikistan. Bridges in Gorno-Badakhshan Autonomous Oblast (GBAO) will be improved to offer more resistance against flooding and mudslides.This will also allow more fluid traffic and secure access for emergency transportation.

Reconstruction of selected river embankments to improve river flow in the Khatlon region will increase household safety and prevent erosion. This project also seeks to develop a disaster risk financing strategy in order for Tajikistan to aid with post-disaster response, recovery and reconstruction.

According to the World Bank, this project is especially important “considering that, over the next 20 years, we will collectively build more infrastructure than over the last 2,000 years – locking in either risk or resilience for future generations.”

To help combat these issues, USAID works with the local government to deliver water services and works with farmers to better manage their irrigation water while educating families how to improve sanitation and hygiene behaviors. This effort has helped over 100,000 people in nine communities gain access to safe drinking water as infrastructure in Tajikistan continues to improve in aid.

Through strategic and climate-smart investments, and a more active and safe approach to emergency response and safe infrastructure, Tajikistan can better protect the lives of its citizens and continue to make strides in development as a nation.