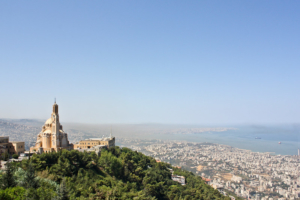 In the battle against poverty, health care stands as an important factor in improving the lives of individuals. One aspect of health that people often overlook due to the precedence of immediate needs, lack of resources or social stigma is mental health. With the onset of the COVID-19 pandemic, which forced society to increasingly interact virtually, and unstable situations in countries where long-term access to trained professionals may not be an option, communities welcome a virtual service that offers mental health support. The program called Step-by-Step is making a difference to mental health in Lebanon.

In recent years, the World Health Organization (WHO) has prioritized mental health services. It extended its Mental Health Action Plan (2013-2020) to the year 2030  in hopes to increase coverage and services related to mental health.

The WHO created Step-by-Step in 2015 with numerous partners such as the Ministry of Public Health Lebanon and Fondation d’Harcourt. The program serves Lebanon, particularly Syrian refugees.

The goal of the program is to address disparities in treatments in low and middle-income countries. A virtual option for seeking mental health support offers a private self-guided space without societal judgment and potentially reaches larger groups in areas with internet connection but no professional treatment facilities.

The Step-by-Step program began in Lebanon where there remains a high disparity in accessing and receiving mental health treatment. The disparity is due to a lack of resources, a high influx of refugees and social stigma. Lebanon is a Middle Eastern country located along the coast near the Mediterranean Sea. It borders Syria and Israel, and therefore, sees a large influx of Syrian refugees. The WHO hopes to address problems with mental health in Lebanon through the new digital model that is customized for the various groups in Lebanon.

The WHO and partners completed two randomized control trials with the Lebanese population and Syrian refugees, respectively, and found successful outcomes for addressing mental health issues. After the completion of the trial, the WHO partners continued to provide the service to the larger population of Lebanon in order to gather more data before implementing the program elsewhere.

In the past, Lebanon experienced political and economic hardships and the onset of the COVID-19 pandemic worsened the situation. The Beirut explosion in August 2020 also exacerbated issues related to health and mental health in Lebanon. Currently, due to the combined effect of these problems, there is a shortage of medicines to treat mental health disorders. Due to the lack of supply, medication grew increasingly expensive in recent years. As 74% of Lebanon faces poverty, according to U.N. data from September 2021, the limits to access to treatments for physical and mental health in Lebanon are progressively more worrying.

Similarly, due to the proximity to Syria, the refugee crisis significantly impacts Lebanon, bringing in many refugees that also need access to mental health services in Lebanon. Internal events within Syria resulted in 13.4 million Syrians facing displacement, and inevitably, the traumas associated with the violence of the country. Prior research studies indicate higher risks for mental disorders among refugees, especially women and children. Estimates from the beginning of the Syrian crisis indicate that more than 2 million people in Syria struggled with depression and anxiety.

The WHO and partners completed the Syrian randomized control trial in the initial research of Step-by-Step in December 2020, with positive results that mirrored the trials of the Lebanese civilians. Out of the 569 Syrian adult participants in the trial, women accounted for 58.3% of these participants, a notable factor considering the prior knowledge of the effects of mental health on women and children.

Participants accessed the program using mobile devices or web browsers. The Step-by-Step program consists of “[five] illustrated story sessions with audio recordings of the text to support accessibility” and recommendations of various practices to adopt in response to mental health struggles. Individuals who utilized the program noted “improvements in symptoms of anxiety, post-traumatic stress, well-being and personal problems, with all improvements maintained at 3-month follow-up,” says the WHO.

Given the ongoing hardships that Syrians experience and the medication shortage in Lebanon, Step-by-Step has the potential to advance mental health in Lebanon. The WHO and its partners continue to implement the program within Lebanon with the hope of eventually expanding the program to other countries that cater to specific populations. Upon successful expansion, the program will begin to address the mental health treatment gap in low and middle-income countries.