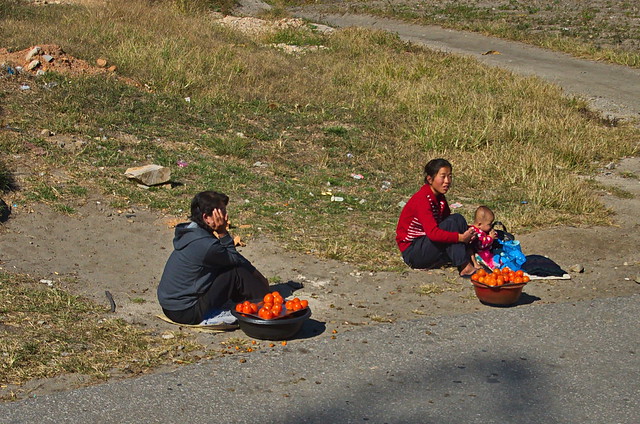 Last month, South Korea pledged to aid in reducing these food shortages, through a donation of 50,000 tons of rice and 4.5 million dollars to the World Food Programme. Once the World Food Programme can guarantee high standards of access and monitoring for this donation, they will oversee its delivery and distribution in North Korea.

Several factors have contributed to the severe food scarcity in North Korea, according to a UN report from May 2019. Conditions over the past year have been terrible for crop production. Prolonged dry spells, serious droughts, flooding and high temperatures prevented crops from growing normally. On top of this, UN experts expect post-harvest losses to be high as well. This is due to shortages of fuel and electricity. This will complicate the transport and storage of crops.

North Korea hasn’t experienced food scarcity of this magnitude, since a nationwide famine in the 1990s. While there is no definitive data for the 1990s famine, experts believe it caused the deaths of hundreds of thousands of North Koreans. These food shortages could cause similar fatalities if food aid isn’t provided quickly.

On June 19, the World Food Programme officially accepted the donation from the Republic of Korea. South Korea has pledged 4.5 million dollars, as well as a direct donation of 50,000 tons of rice. These donations will help approximately 1.5 to 2 million children, pregnant women and nursing mothers.

Despite the monumental donation from South Korea, the World Food Programme estimates food shortages in North Korea will require more aid. It estimates a need of approximately 300,000 metric tons of food and the equivalent of 275 million dollars of supplies. Though UN sanctions do not limit humanitarian aid to North Korea, the international political situation has made it difficult to reliably distribute aid in the area. However, South Korea’s government believes its donation will cross the border. Overall, the country hopes it will bolster efforts towards reconciliation on the Korean peninsula.