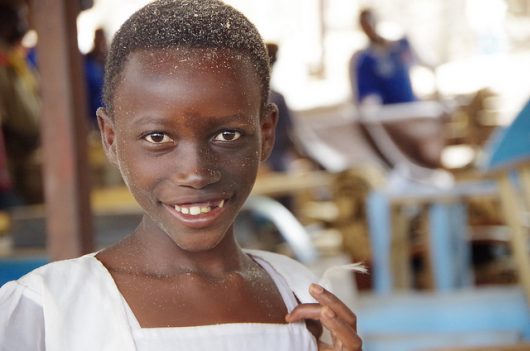 The woes of sub-Saharan Africa likely need no real introduction to most in the developed world, with daily survival a challenge for many across the region. Traditionally, the method of attempting to resolve these issues has been via foreign aid. However, in recent years, a new school of thought has emerged. The new thinking is that through entrepreneurship education for the next generation of workers in Africa, an alternative solution to poverty in sub-Saharan Africa may be found.

Current trends in Africa indicate that by the year 2030, enrollment in secondary education will have doubled across sub-Saharan Africa. Yet despite better access to education, youth unemployment rates are increasing. Of all surveyed entrepreneurs in the region, 40 percent said that finding employees with the right skills was their primary challenge when looking to hire new employees. It is perhaps with this type of issue in mind that advocates of educational reform are seeking to make schooling more explicitly linked to the needs of the region.

Reform of this type is obviously a difficult undertaking, especially when considering the multitude of countries and different education systems in the region. With entrepreneurship becoming an increasingly important part of the solution to poverty in sub-Saharan Africa, enabling youths to have skills such as critical thinking and autonomy in their work, traits sought after by hiring managers, seems to be an important step to helping them into the working environment.

A sizable number of countries have already begun taking steps towards reforming their curriculums, with an increased emphasis to be placed on employability skills and entrepreneurship. One of these is Rwanda, a nation in which under-25s, who comprise 67 percent of the population, account for 70 percent of the unemployed labor force. As such, steps towards focusing education on these key aspects could be a massive difference maker in the country’s battle with poverty.

One organization focused on assisting education reform across sub-Saharan Africa is Educate!, whose goal is the transformation of schooling in the region with the ultimate aim of teaching youths to solve poverty in their community themselves. By 2024, Educate! aims to directly impact 1 million students, while reaching 4 million more, with skills training in leadership, entrepreneurship and employability skills. Through this, the organization hopes to transform youths into the next generation of leaders and entrepreneurs across the region.

While it is perhaps naive to believe that entrepreneurship education can be the single solution to poverty in sub-Saharan Africa, it is not naive to believe that it will have an impact. It is with this impact in mind that support for these educational reforms should be given. The problem in the region is unique; the solutions to it can be too.