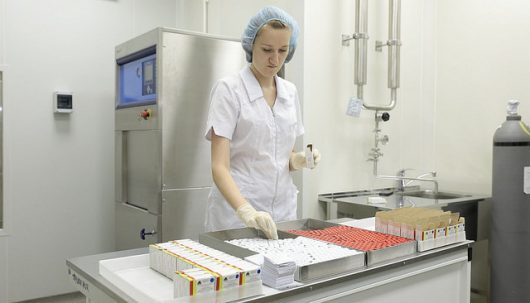 In the U.S., there are many people who are willing and able to donate their blood. With a large blood bank available, the U.S. does not have to use extreme measures to perform a blood transfusion. Unfortunately, this is not the case with many impoverished countries; getting a clean blood transfusion in most of these countries is simply not an option. However, a device called Hemafuse has been developed for doctors to help make these clean blood transfusions possible.

Due to the lack of blood donors in poverty-stricken countries, doctors use autologous transfusions to give the patients the blood they needed; this involves using the patient’s own blood for the transfusion. It could be obtained during hemothorax – a condition where the patient’s blood has pooled up in an open cavity, or, alternatively, they could also use the blood resulting from hemorrhaging during an ectopic pregnancy – pregnancy which occurs outside the uterus.

Originally, doctors had to scoop up the patient’s pooled blood with nothing but a soup ladle. They then took the blood collected from the soup ladle and poured it through a filtration system to make the blood cleaner for transfusion. Not only is this unsanitary, but it is a highly complicated process that takes many doctors to perform. It has saved a few lives in the past, but it is inadequate as a permanent solution.

The Hemafuse looks to alleviate all of those problems and make clean blood transfusions in impoverished countries happen. To operate the Hemafuse, doctors need to put the suction inlet into the pooled blood and then pull the pump. Blood is then filtered through the filtration system, removing clots and impurities. After the blood is collected, the doctor then pushes the pump and the blood is then moved into a separate blood bag that is connected to the side of the device. Once there, the blood can be used in a blood transfusion back to the patient the blood originally came from.

This is much safer and cleaner than using a soup ladle. The patient’s blood stays within a closed and sterile system rather than it being exposed to the elements. Not only that, it requires only one or two doctors to use rather than the eight or nine that were previously required. It also costs about $60 per patient use, which is much more affordable than the $250 a normal blood bag would cost.

The Hemafuse device has been backed by many prominent organizations such as USAID, UKAID and the Gates Foundation, among many others. Doctors want clean blood transfusions in impoverished countries to become widespread, so they are willingly coming around to performing clinical trials using Hemafuse. With this device, the soup ladle transfusion will hopefully become a procedure of the past and patients will finally be able to receive the – clean – lifesaving blood that they need.