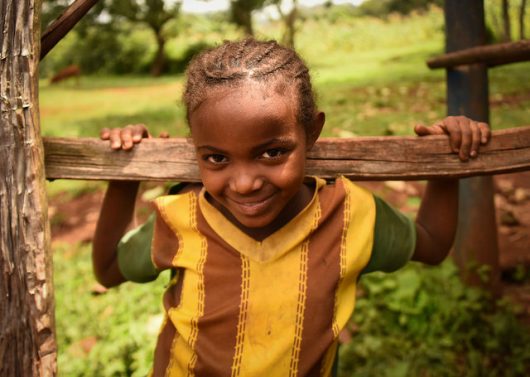 According to the organization Girls Not Brides, child marriage is “any formal marriage or informal union where one or both of the parties are under 18 years of age.” The largest number of child marriages take place in Western and Sub-Saharan Africa and South Asia. Over 50 percent of girls living in Bangladesh, Niger, Mozambique and Mali are married before they turn 18.

Child marriage violates several international human rights treaties including the Universal Declaration of Human Rights, the Convention on the Elimination of Discrimination Against Women and the Convention on the Rights of the Child. All of these treaties require that marriage be consensual between both parties and that both parties be legal adults (over the age of 18.)

Beyond violating human rights treaties, child marriage has many negative consequences for the participants. While boys are affected negatively by child marriage as well, the burden is felt more by girls and there is more data on its effects on girls. Child marriage leads to higher incidences of domestic violence, marital rape, medical complications due to pregnancy and HIV/AIDS. It is also difficult for girls who marry young to find work.

So, is there a silver bullet? Is there an easy way to reduce the number of girls who are forced to marry young? No – unfortunately things are rarely that simple. However, education is the most useful tool we have.

What is the link between education and ending child marriage?

So, what do we know?

We know that girls are less likely to marry as children the higher if they obtain a higher level of education. We also know that countries with higher rates of child marriage have proportionally lower rates of school enrollment for girls. For example, in Niger – where there is the greatest disparity – 76 percent of girls are married before 18 and only 10 percent of girls are enrolled in secondary school. While primary school is important and should be accessible for all, secondary school attainment is a more reliable measure.

Why does child marriage still happen?

Poverty is a leading cause of child marriage. Families may want their daughters to marry so they have fewer mouths to feed, so they no longer have to pay their school fees or so that they receive the dowry – typically money or livestock – in exchange for their permission to marry.

Inaccessible education also leads to higher incidences of child marriage. Especially in rural areas, schools can be too far away to reach. Even when girls do make it to school, teacher absenteeism is common in underfunded rural schools and the quality of the education itself may be lacking due to poor teacher training and a lack of supplies and textbooks.

Environmental factors can also affect the rate of child marriage. Natural disasters may spur families to marry off their daughters, to protect them or to receive the dowry to help them rebuild.

What can be done?

Many organizations are working to eradicate child marriage through several different approaches. Girls Not Brides has a theory of change centered around four areas: empowering girls, mobilizing communities, providing services and implementing policies. This approach is rather comprehensive. Other organizations may focus on just one facet – improving access to quality education, making girls aware of their human rights or providing scholarships for school attendance.

Solutions should be oriented around requiring consent of both parties and requiring proof of age before a marriage ceremony. Education and ending child marriage may be intrinsically linked, but change will be most effective if the girls themselves are empowered to fulfill their own personal and professional aspirations and become economically independent.