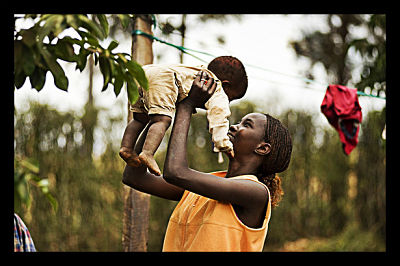 In Sierra Leone, a new initiative is encouraging local communities to demand a higher level of health care services, in order to reduce the country’s high maternal mortality rates. One in every 21 women in Sierra Leone is at risk of death due to childbirth, and the campaign aims at empowering communities to push healthcare higher on the political agenda, by providing evidence to local authorities that they require higher standards.

The initiative, Evidence for Action (E4A), works in Sierra Leone and five other sub-Saharan countries, and brings together experts from academic institutions, internationally recognized advocacy and accountability coalitions and civil society organizations. E4A acknowledges while progress is possible, reducing infant and maternal mortality requires the effort of everyone involved. The leader of the project, Dr. Mohamed Yilla, said “The issue of babies and maternal health should no longer just be a government issue; it should be of community interest. The community can bring about the sustainable health system and maintain it.”

As part of E4A, the MamaYe! campaign is an program that advocates for safer maternal clinics. The campaign provides information to individuals and communities so that they can make more well-informed decisions about supporting maternal healthcare and encourage government authorities and politicians to improve healthcare services. The project collects data from clinics across the country, and draws attention to those that fall short on utilities such as electricity, running water and blood supply.

Last year, the program distributed 5,000 score cards to communities, rating clinics from all over the country. Yilla notes that thanks to the information, people started to ask questions and demand more from their government. Since the election in November 2012, Sierra Leone’s health spending has increased from 7.5% to 10.5%. Regarding the increase in spending, Yilla said, “Attribution is always difficult, but this advocacy work showed we were way below the budget target and contributed to that increase.”

Looking forward, Sierra Leone has huge prospects, partly due to a thriving mining industry and iron ore production. With an increase in GDP, along with more awareness concerning the condition of maternal healthcare facilities, Yilla is hopeful that investment in health will see major progress over the next two years.