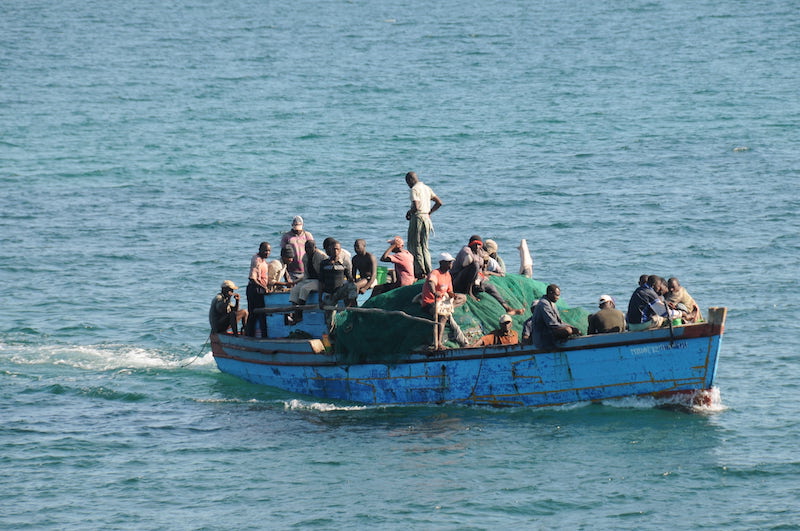 In the past 50 years, global shark and ray populations have declined by more than 70%. The drop is largely due to the high demand for shark fin soup and medicinal shark products. Shark hunting provides a major source of income for people around the world, especially in places like West Africa where dwindling fish populations limit other fishing opportunities. However, shark hunting poses a threat to humans and aquatic ecosystems by causing imbalances in the food chain. Shark conservation alleviates poverty by preserving marine ecosystems that people rely on for food, medicine and income.

Shark and ray products play significant roles in West African economies, particularly when it comes to trade. Fishermen kill more than 100 million sharks every year. In West Africa, fishermen commonly pursue shark hunting because commercial fish populations are becoming scarce. The loss of sharks further disrupts the food chain by limiting the number of apex predators. As a result, big fish consume smaller fish that might otherwise be the targets of commercial fishermen.

Shark products are expensive, high-protein alternatives to traditional fish, but diminishing shark populations has greater ecological implications. In the long term, many ecosystems will not be able to survive without sharks, causing the communities that rely on those ecosystems to suffer. Therefore, shark conservation can alleviate poverty by maintaining a steady food supply chain for communities around the world.

In Liberia, more than 30,000 people rely on fishing as a main source of income. Fish also account for about two-thirds of the country’s animal protein consumption. Therefore, preserving aquatic ecosystems, in part by protecting sharks, is essential to Liberia’s economy and health. Methods of shark conservation include shark monitoring and sustainable fishing management.

The National Fisheries and Aquaculture Authority started an initiative in 2019 to monitor and collect data on fishing and shark populations in Liberia. A 2014 pledge that Liberia made with 12 other West African nations to conserve shark and ray populations inspired the initiative. According to a trial program, Liberian waters are home to 19 shark species that all fall under the International Union for Conservation of Nature’s Red List of threatened species. Critics of the initiative worry that data collection will not be enough to preserve shark populations. Legislative action may be necessary to make a lasting impact on shark conservation.

A group of representatives from 12 West African countries held a workshop in Senegal in 2017 to discuss the implementation of international trade regulations to protect sharks and rays. The 2016 listing of endangered shark species from Appendix II of the Convention on International Trade in Endangered Species of Wild Fauna and Flora (CITES) inspired the workshop. An Appendix II listing dictates that shark products from the selected species undergo legal and sustainable trade, without damage to wild shark populations. The Senegalese government led the workshop alongside Humane Society International and The Pew Charitable Trusts. Environmental officials, experts and fisheries also partook in the conversation. Following the 17th CITES conference in September 2016, eight West African countries co-sponsored at least one of the proposals to protect sharks and rays.

Conservation To Save Lives

Sharks play a vital role in West Africa’s ecosystems, economies and societies. Unsustainable shark hunting can severely disrupt marine life and food supply chains, which humans and animals rely on to survive. Shark conservation can alleviate poverty by preserving aquatic ecosystems and the natural resources they have to offer.