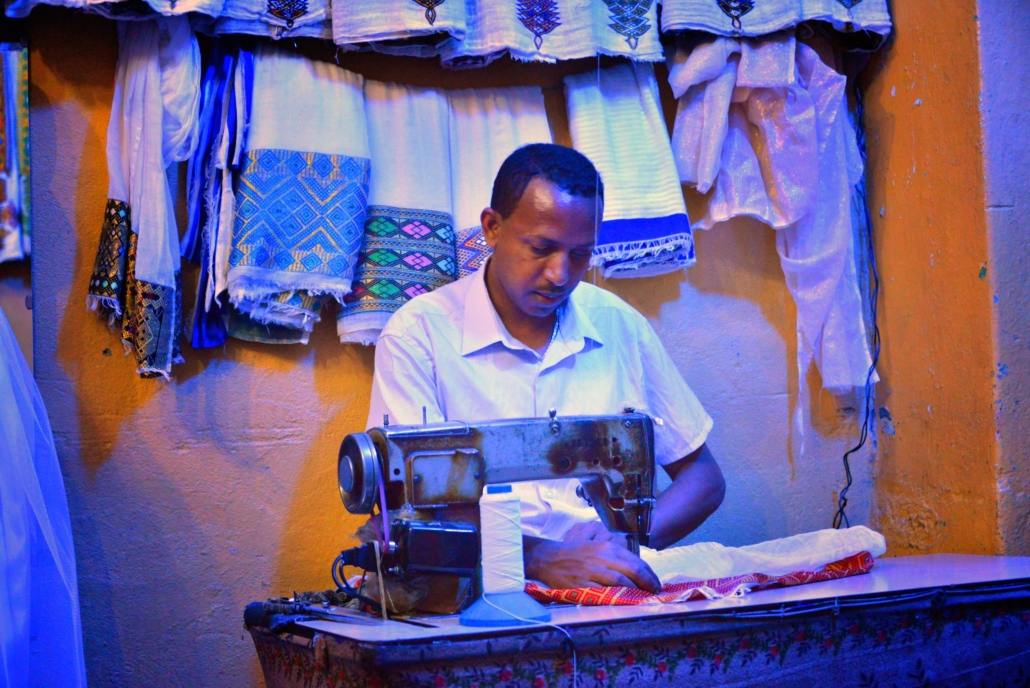 Prior to 1980, the domestic clothing and textile industry within the East African Community (EAC) was booming and employed thousands of people. Certain liberalization policies caused the industry to fail, creating a reliance on imported products. Used clothing imports reached $151 billion in East Africa during 2015. Secondhand clothing offers a cheap and quality source of garments for the people within the EAC.

Imports of used clothing are estimated at around 540 million pieces per year versus the 20 million pieces of clothing created domestically each year in East Africa.  Primarily, the United States and Europe, places where people discard large sums of used clothing, sent these imports. These areas donate 70 percent of donated garments to Africa. The EAC initiated the start of a secondhand clothing import ban in 2016 with the goal of accomplishing a complete ban by 2019. The hope is to create a self-sustaining and reliable textile industry that provides jobs for many people.

Taxation in the EAC

The plan was to expand local textile industries prior to the ban, however certain countries within the EAC, such as Rwanda, have already begun raising taxes on imported secondhand clothing. Taxes went from $0.2 to $2.5 from 2016 to 2017, at a 12 percent increase. People who oppose the ban fear that this will disproportionately affect people with lower incomes, rather than support positive industrialization. The opposition also fears that seeing the ban to completion will violate portions of the African Growth and Opportunity Act (AGOA) where many African countries agreed to lift barriers restricting trade and investment with the United States.

However, the East African Community seems concerned with positive domestic growth and industrialization with the hopes of sustaining its economy. Rwanda, Tanzania and Uganda plan to continue to raise taxes on clothing imports, while Kenya has said it cannot economically support the 2019 ban deadline because it is unable to meet domestic demands with local markets.

Supporters of the ban have recognized that wearers of secondhand clothing might have a risk of obtaining skin candidiasis, scabies, ringworm, body lice and other health risks. To avoid added health risks and to maximize use of domestic commodities, the East African Business Council (EABC) has expressed the need to use the large production of cotton in the EAC domestically to create textiles, rather than exporting it for low costs. The countries within East Africa continue to work towards an improved domestic clothing and textile industry by creating facilities and advancing technology available towards textile production. Tanzania’s Minister of State, Jenista Mhagama, announced a training program in 2016 that would encourage and assist young people to become tailors.

Despite push back from European countries and the United States, the EAC continues its push towards growing its domestic textile industry and implementing the secondhand clothing import ban. As the EAC fulfills the ban, the impact of this on its economy will become clear.