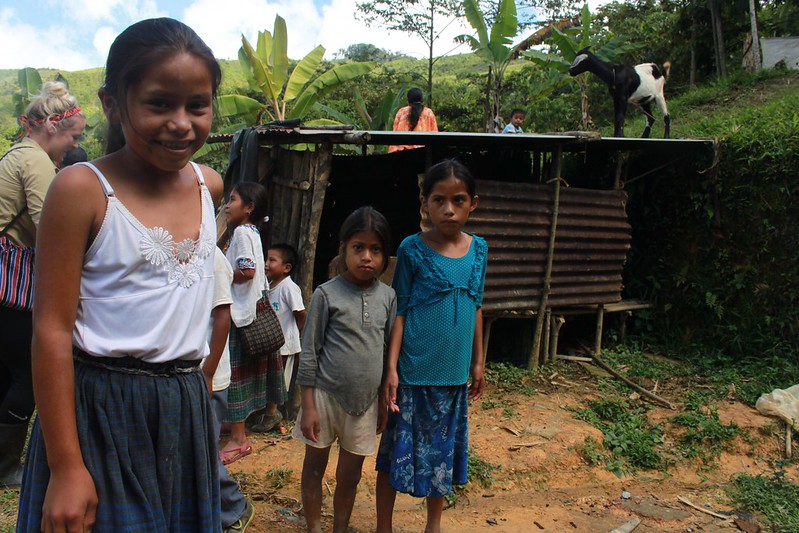 The Central American country of Guatemala, home to more than 17 million people, has an indigenous population of around 44%, primarily from the Maya ethnic group. Poverty in Guatemala tends to affect the indigenous population disproportionately. USAID estimates that 40% of indigenous people survive on less than $1.90 per day, compared to 24% of the overall population. While social and environmental problems disproportionately threaten indigenous communities, water sources are perhaps the most vitally important area under threat. Guatemala’s second-largest lake, Atitlán, sustains 15 villages. However, for many years, Lake Atitlán’s watershed has been in danger. In 2009, the Global Nature Fund named it “Threatened Lake of the Year” due to a sharp increase in pollution. Thankfully, recent advances in artificial intelligence may be able to help bring Central America’s deepest lake back from the brink. In doing so, they would also help reduce indigenous poverty in Guatemala.

Toxic algae “blooms” have become relatively frequent in the Lake Atitlán watershed in the past decade. In 2009, Atitlán residents noticed that algal blooms had appeared in the lake. At one point it caused a shocking carpet of algae to appear over 75% of the lake’s surface.

According to the WASH Rotary Action Group, a nonprofit organization that helps indigenous lake communities access clean water and sanitation, more than 400,000 Tz’utujil, Quiche, and Kaqchikel Maya people live near Lake Atitlán. Despite the contaminants they face, they use the lake out of necessity. The algae blooms are caused by the presence of pollutants like phosphorus and E.coli from agricultural runoff and sewage. It changes the water to a green, brown or red color. More importantly, they can cause serious health problems. Fishermen and boatmen who work on the lake have reported skin rashes, while more serious long-term side effects of the bacteria include liver, kidney and brain disease. The indigenous community, whose people work overwhelmingly in the informal sector, may not be able to address these illnesses. They suffer from limited access to health care compared to non-indigenous people, according to the Pan-American Health Organization.

How AI Can Save Lake Atitlán

In 2018, Africa Flores, a research scientist at the University of Alabama-Huntsville, was chosen to receive the prestigious AI for Earth Grant, sponsored by Microsoft and National Geographic. This grant awards its “changemakers” $45,000 to $200,000 to help fund their pursuit of AI solutions for the environment. Prior to winning this award, Flores had been working for nearly 10 years to help environmental authorities and NGOs save Lake Atitlán. Flores’ latest endeavor will complement these efforts by developing an AI program to allow for better prediction of toxic algae.

Although artificial intelligence that predicts toxic blooms already exists, is is not available in Guatemala, according to Flores. Although the naked eye can detect algae blooms, AI makes it simpler to understand crucial data about these ecological events. Similar technology in the U.S. provides local authorities with an advanced warning about imminent events, which allows them to pinpoint when and where blooms will occur. This helps prevent contamination of the food supply and allows scientists to learn more about how to prevent harmful algae from forming in the first place. Speaking of efforts to save Lake Atitlán, Flores said, “When we identify key variables that [lead] to algae bloom formation, there is a starting point to take action.”

Other nonprofit organizations, like Amigos de Atitlán and Vivamos Mejor, have been working to save Lake Atitlán for decades. La Autoridad para el Manejo Sustentable de la Cuenca del Lago de Atitlán y su Entorno (AMSCLAE) is a governmental organization responsible for lake conservation efforts. They provided Flores’ team with valuable data. This new AI project will complement governmental and NGO efforts to help the lake and its communities survive and thrive. Widespread adherence to government plans to implement wastewater treatment is necessary to preserve the watershed. These plans will also stop it from further contributing to poverty in Guatemala.

Though the AI application and its informational website are still in development, Flores said that she and her team are working hard to develop accurate prediction models that are accessible to the public. And while many see Lake Atitlán as a lost cause, it is also a well-loved jewel of southeast Guatemala. In 2012, Dr. Sativo, M.C.H.e. and Tzutu Baktun Kan wrote a song called “Lago Negro” (“Black Lake”), written in Spanish and the Maya language Tz’utujiln. The song laments Atitlán’s compromised biodiversity, but also praises the region’s beauty. It also encourages more accountability for organizations guilty of pollution. The song, like Flores, is ultimately optimistic that the lake can recover. It ends with the mantra “Ya se va a sanar”: It will be healed.

A Million Wells for Bangalore: Restoring Water to the Indian City Innovations to Reduce Poverty in Iraq
Scroll to top