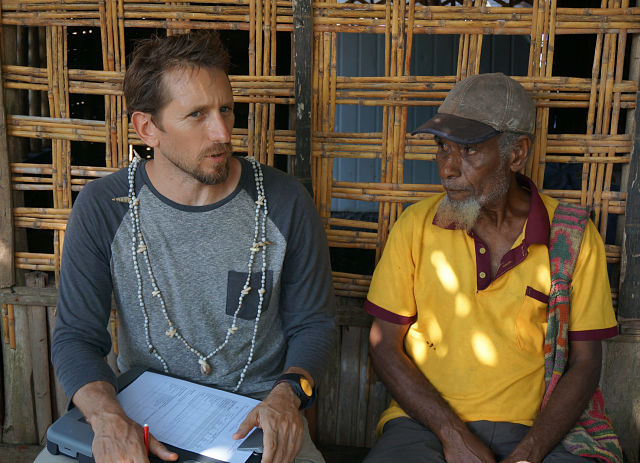 Coral reefs cover only 0.1 percent of Earth’s surface but sustain around 1 billion people worldwide and 25 percent of all marine life. This impact alone is a major factor as to why saving coral reefs is an imperative mission, according to the United Nations Environment Program. Coral reefs protect coastlines from the damaging effects of wave action and tropical storms particularly in the Philippines, the Caribbean and Australia.

In addition, coral reefs also provide habitats for marine organisms, help with nutrient recycling and create a healthier environment to breathe in and do agriculture. They also provide environmentally-friendly fishing for human consumption while increasing marine job opportunities and tourism. For example, Fiji relies on the Great Sea Reef, the third largest in the world, for all of its food security and income for a population with over 250,000 people living on the poverty line.

Yet, the United Nations has reported that 70 percent of Earth’s coral reefs are threatened —  20 percent are already destroyed, 24 percent are at high risk of collapse and an additional 26 percent are at risk due to long-term threats. Acts such as coral bleaching, sale of live coral, plastic and chemical pollution and unregulated water activities and fishing contribute to dramatic reef loss. Coral reefs are vital for the environment, food and income globally.

Greater levels of protection are implemented by governments and NGOs. The United Nations 2030 Agenda for Sustainable Development has created a future protection plan that involves the need to reduce marine pollution, regulate the harvesting of fish and end overfishing, unregulated fishing and destructive fishing practices to restore fish stocks. Proper fishing can even provide secure food aid based on fish and shellfish to hundreds of thousands of people living in poverty.

The International Coral Reef Initiative (ICRI) in conjunction with the United Nations Conference on Sustainable Development in 2012 created a document titled, “The Future We Want.” This proposal emphasizes the importance of economic relief for the poor living coastal to reefs. The document outlines economic means to build “green-economic” societies that do not harshly deteriorate coral reefs and educate the poor. The ICRI also places importance on aid and public-private business partnerships as essential to saving coral reefs and reducing poverty.

The National Oceanic and Atmospheric Administration (NOAA) reported that widespread coral bleaching has reduced dramatically as of 2018. The non-profit, Coral Reef Alliance (CRI), has also provided reef community infrastructure projects and scholarships for reef education to students in Fiji since 2005.

CRI encouraged the Honduras government to declare two areas as Sites of Wildlife Importance: Cordelia Banks in Roatán and Tela Bay. This denotation offers a greater level of protection and regulation, reduces fishing pressure and enables coral reefs to thrive. In collaboration with the Puakō community and universities in Hawai’i, CRI conducted dye tracer studies to track the movement of wastewater to oceans in an effort for saving coral reefs.

How To Protect Coral Reefs

Coral reefs do not just rely on government and NGO projects for aid. The ICRI has declared 2018 the International Year of the Reef and has partnered with Green Fins and the Reef-World Foundation to make sustainable diving practices the norm. The following list denotes five ways to protect coral reefs.

Saving coral reefs prevents poverty traps from occurring. A poverty trap is a situation where poor communities are forced to degrade resources of coral reefs in order to make ends meet. In Madagascar and Papua New Guinea, the populations living in poverty rely on government protection of coral reefs for food to prevent a poverty trap. With the right environmental, economic and social initiatives, reefs can be sustained to save marine life and the world’s poor.