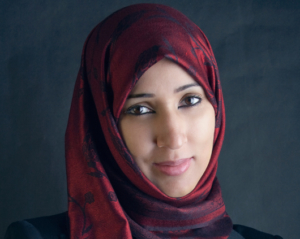 Saudi Arabia’s municipal elections will be held on December 12 and for the first time, women will be allowed to vote for municipal council leaders.

Municipal council elections occur every four years in Saudi Arabia. Two-thirds of the council members must be voted in and the Minister of Municipal and Rural Affairs must appoint the other third.

The late King Abdullah bin Abdulaziz al-Saud granted women the right to vote as well as run as candidates in 2011. Approximately 70 women are intending to register as municipal council leader candidates. Another 80 women are planning on registering as campaign managers.

The Baladi (My Country) campaign is a political campaign run by Saudi women activists. The campaign was planning to bring in teachers and trainers from different Arab countries as well as the United Nations for campaigning workshops.

The Ministry of Municipal and Rural Affairs stopped Baladi from holding the training workshops in an attempt to unify the election programme.

Although these rights have made improvements for women in Saudi Arabia, they are still far from equal. A male guardian must accompany the women when they travel or go to school. They are not permitted to drive.