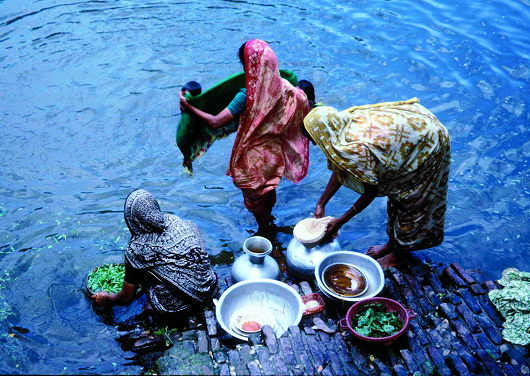 While both the rights continue to have a strong relation, Léo Heller, a U.N. Special Reporter focused on the human rights of safe drinking water and sanitation, said the split would help governments and non-governmental organizations to focus more specifically on what needs to be done. Having sanitation as a standalone right demonstrates that sanitation is not solely tied to water.

“It gives people a clearer perception of the right, strengthening their capacity to claim this right when the State fails to provide the services or when they are unsafe, unaffordable, inaccessible or with inadequate privacy,” said Heller.

The U.N. reports that more than 2.5 billion people worldwide, one-third of the total world population, live without access to proper toilets.

The World Health Organization (WHO) states that hygienic sanitation facilities are crucial for public health. With this in mind, the U.N. hopes that the effect of recognizing sanitation as a human right will curb a major source of deadly infections.

A recent U.N. study found that more than 443 million school days are lost every year due to sanitation and water-related issues. Inadequate sanitation facilities are a common barrier for school attendance, particularly for girls.

“It is hoped that this will have a direct impact on those women, children, people with disabilities and marginalized individuals and groups who currently lack access to sanitation . . . an opportunity to highlight their plight,” Mr. Heller said.

Heller continued saying, “The move to making sanitation its own human right means that we can directly address the particular human rights challenges associated with sanitation.”

Progress in sanitation is being made. According to the World Health Organization (WHO), in 2015, 68 percent of the world’s population had access to improved sanitation facilities including flush toilets and covered latrines, compared with 54 percent in 1990.

Despite reports like this, the 2015 Millennium Development Goal target to halve the proportion of the population without access to improved sanitation facilities was missed by almost 700 million people.