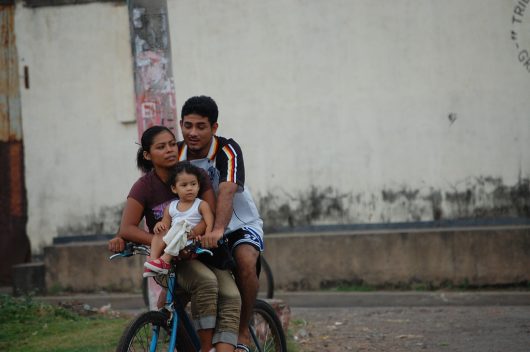 Although commonly recognized as a vacation destination, Grenada is a country suffering from poverty in its rural regions. Poverty in Grenada has been a struggle for decades due to the island’s small size, vulnerability to natural disasters and lack of skilled laborers within its rural population.

Poverty in Grenada is most visible in rural areas because small, rural communities don’t have access to Grenada’s mainstream economy, which relies heavily on international trade for growth. In rural areas, farming is the most common profession, especially among older individuals. The average age among farmers is 54 for women and 48 for men.

Workers in the agriculture industry are greatly impacted by tropical storms and hurricanes. When storms hit, agriculture-based businesses such as farms and fisheries may suffer severe damages. This vulnerability makes it nearly impossible for agricultural workers to overcome poverty.

Increasing numbers of Grenada’s youth are staying away from the agriculture industry because of its perceived instability. Within Grenadian agricultural industries, wages are so low that “workers can do hardly more than survive,” according to a Grenada Growth and Poverty Reduction Strategy document.

While Grenada’s younger populations generally prefer careers in the successful tourism industry, many lack the professional skills they need. Many young people find it difficult to enter an industry other than farming because of illiteracy or lack of access to education.

Unemployment is a major factor contributing to ongoing rural poverty in Grenada. The country has one of the highest unemployment rates in the Caribbean.

According to the Rural Poverty Portal, the unemployment rate decreased from 24.4 % in 2008 to about 15%. Since the global financial crisis in 2008, several steps have been taken to alleviate poverty in Grenada.

In 2011, the U.N. rural development agency signed an agreement to “co-finance a $7.5 million project” to aid 12,000 impoverished people in Grenada.

In November 2015, the World Bank approved a $15 million loan to aid Grenada. The loan will be used to improve natural disaster resilience, public resource management, the banking sector and private investment sustainability. Stronger ties between tourism and agriculture will also be established in order to distribute more wealth to rural areas.

At the 46th Annual Caribbean Development Bank (CDB) board of governors meeting in May 2016, Grenadian Prime Minister Dr. Keith Mitchell praised the CDB for providing major financial assistance over the last decade in support of social and financial programs.

Looking to the future, Mitchell stated that progress can continue to be made with the CDB’s help to alleviate rural poverty in Grenada as well as in every Caribbean nation.

Agriculture in Haiti: Hope Grows from the Ground Up Addressing Antibiotic Resistance in Bacteria
Scroll to top