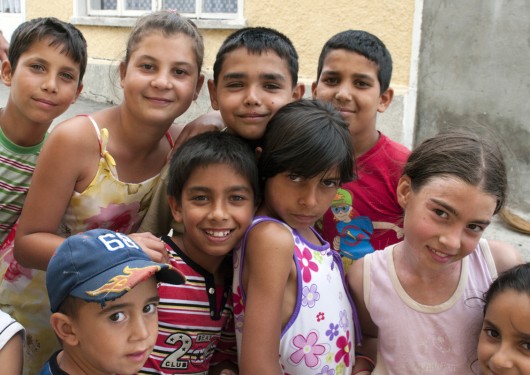 The Roma people are Europe’s largest ethnic minority, comprising six million European Union citizens. But many of the Roma in the EU are victims of persistent prejudice and discrimination and face daily poverty and social exclusion.

In 2011, the EU Heads of State and Government adopted the EU Framework for National Roma Integration Strategies up to 2020 to close the gap between Roma and non-Roma in access to education, employment, healthcare and housing. All Member States were charged with tailoring their strategies to meet the needs of the Roma population in their country.

A recent report reveals both progress made and areas for improvement.

In education, the EU Commission called on Member States to ensure, at a minimum, primary school completion, widened access to quality early childhood education and care, efforts to keep Roma children from being subject to discrimination or segregation and a reduction in the number of early school leavers.

The report reveals a positive general trend in the area of access to quality early childhood education and care. “In Finland for example, within ten years, the participation of Roma children in pre-primary school increased from 2% to 60%. The same applies to Hungary, where the enrollment rate of Roma children in preschool is high (79%) and is likely to further improve,” the report states.

Other issues, such as early school leavers, require additional efforts to address problems such as a lack of proper paperwork for children whose families move around a lot. “The Commission’s assessment confirms that sustained efforts can bring about a significant impact on the situation of Roma in education,” the report states. “For example, in three years (2010-2013), a Bulgarian educational project has brought down the number of children who dropped out of school by almost 80%.”

Less encouraging have been EU efforts to improve employment among the Roma population. “In some cases, the employment situation of Roma has even further deteriorated, although this is partly due to the general increase of unemployment in several EU Member States over the past few years,” the report states. “Within this context, Roma, and to an even larger extent Roma women, have been particularly affected as they often lack marketable skills and qualifications.”

Discrimination often plays a role in making it more difficult for the Roma people to attain employment. Successful programs were noted however, in Bulgaria, France, and Hungary, where countries worked with other organizations to set up community development centers, language classes, and labor market counseling among other services.

Providing better access to healthcare and housing to the Roma people has also proven difficult due to barriers such as distance to health services, lack of financial resources, lack of communication between Roma and non-Roma constituents, and the need for more integrated housing.

Most Member States have begun initiatives to raise awareness about Roma culture and history; in particular, in recent years, a growing number have organized activities to commemorate the Roma Holocaust, the report states. The report however encourages Member States to develop more effective measures to combat anti-Roma rhetoric and hate speech.

Last year Irish journalist, Barbara McCarthy, explored what it would be like to spend the day begging for money on the streets of Dublin dressed as a Roma person. “I kept my eyes to the ground out of fear of people,” she reported. “I felt really sorry for the person I was pretending to be.”