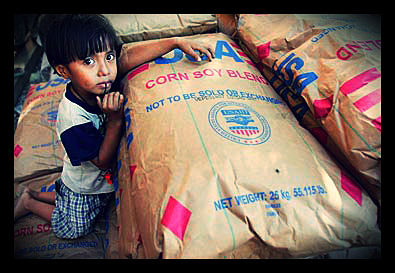 While some economies may be taking the first steps towards recovery, the repercussions of the global economic crisis are still being felt in the majority of countries. And one of the biggest casualties of the continued recession could be progress on the Millennium Development Goals (MDGs). Increased spending over the last few years led to rapid progress on many of the MDGs, however, a recent report entitled “Putting Progress at Risk” by Oxfam International shows that the majority of developing countries are now spending well below the amount required to continue with progress on the various social issues promoted by the MDGs.

While cuts necessitated by the global economic crisis have been made by developing countries – in such areas as agricultural spending, maintenance of water facilities, and wages for teachers and nurse – the problem is exacerbated by the effect the economic crisis has had on developed nations.

The report tracks the spending of 52 developing nations by using data from the Government Spending Watch database. The data shows that these countries have lost a combined $140 billion in revenues during the economic crisis. Unfortunately, at the same time as revenue generation in these countries is declining, international aid is also falling. As a result, countries are being forced to choose between increased borrowing and rising debt, and cutting funding to their own development programs. According to the Government Spending Watch database, only 20% of these countries are meeting targets for agricultural spending, and 40% are reaching the level the World Health Organization recommends for spending on health.

This combination of rising internal debt, and falling external aid, has many developing countries trapped and unable to generate enough revenue to support development, and yet needing that development to happen in order to promote future growth. Developed nations must hold to their initial pledges for aid, otherwise all the progress so far seen could slip away.