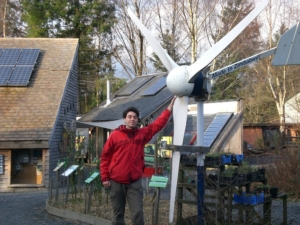 In 2015, the United Nations General Assembly established the Sustainable Development Goals (SDGs) and it aims to achieve them by 2030. The SDGs are a comprehensive overview and effort from the global community to bring prosperity, aid and development all around the world. In September 2021, a major first step toward achieving SDG 7: Affordable and Clean Energy occurred. Major U.N. participating countries and leaders came together in New York to discuss and present plans to move forward with the pursuit of clean, renewable, affordable and eventually universal energy for all peoples of the world. The meeting laid out financial, societal and scientific goals to help develop and prepare the world for renewable energy.

The U.N. participating countries decided that they will largely aid countries experiencing “energy poverty” clean and renewable energy sources and the infrastructure necessary to support the production of those sources largely towards those suffering from “energy poverty.”

“We have a double imperative… to end energy poverty and to limit climate change. And we have an answer that will fulfill both imperatives. Affordable, renewable and sustainable energy for all,” said the U.N. Secretary-General.

Energy poverty is defined as “a lack of or limited access to modern energy sources.” This lack of modern energy sources means a lack of technology and technical assistance; everything from transportation, to light, heat and modern medical technology is all restricted. The use of polluting and dirty fuel sources and excessive time spent collecting fuels further burdens low levels of energy consumption.

One cannot overstate the pertinence of energy access and the lack thereof can be severe for those struggling in poverty. About 3 billion people or 40% of the world have no access to clean cooking fuels and about 13% lack access to electricity entirely.

People in poverty spend a vastly higher percentage of their income, effort and time on the energy that they use. “In situations where people do have access to energy, it is often the poorest that end up paying disproportionate shares of their income to energy, in part because the higher upfront costs of investments in energy-efficient equipment are more difficult to bear for low-income households,” reported Policy Brief 08. Lack of access to energy services is a form, an outcome and a cause of poverty.

Various member states, NGOs and other third-party organizations interested in aiding the people of the world suffering from energy poverty, committed more than $400 billion to this cause over 40 years. Beyond the money, there has been a global acknowledgment of the importance of energy access and conservation and a surge of resources and general support from around the world.

SDG 7 and the global effort against energy poverty is just another step in the struggle to help those around the world. Although there is quite a bit of work ahead, the global community’s drive, funding and planned approach are enough to warm and light up a room.