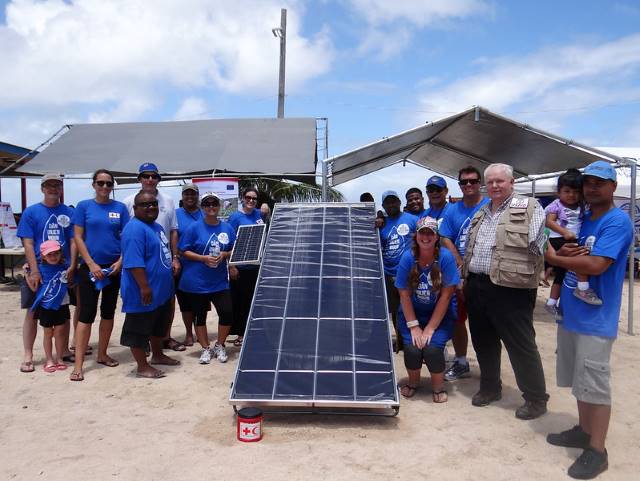 In December 2021, the Asian Development Bank (ADB) and the Government of the Marshall Islands (RMI) signed agreements for a $7 million grant to aid in the development of renewable energy in the Marshall Islands. The grant comes after an initial $12.7 million was approved in 2018 as a part of the Energy Security Project.

The funding will support the Marshalls Energy Company (MEC) efforts to strengthen the country’s energy network and ready it for the shift to renewables. ADB Principal Energy Specialist Len George stated that “The additional financing…will allow the Government of the Marshall Islands and the MEC to strengthen efforts to implement an agreed multiyear action plan to support MEC’s performance.”

The goals of the Energy Security Project include:

The primary goal of the Energy Security Project is to revitalize the entire Marshalls Energy Company tank farm. The farmhouses have eight fuel storage tanks that hold 750,000 gallons each. At the time of the initial agreement in 2018, the farm was using only three of the tanks for fuel. An assessment of the farm concluded that at least seven of the eight tanks underwent enough deterioration to require repairs and one may even require replacing.

The MEC can successfully avoid leaks or catastrophic tank failure by using the increased grant funding to renovate the tank farm. Completing the goals of the project will be key to avoiding economic and environmental failure for the people of the Marshall Islands.

The Republic of the Marshall Islands introduced a roadmap in 2018 outlining a pathway to a low-carbon energy future. It was one of the first countries to submit a long-term decarbonization plan to the United Nations Framework Convention on Climate Change under the Paris Agreement.

Minister-in-Assistance to the President and Environment Minister, Honorable Dave Paul, stated that in order for the country to meet its goals, it needs to have more than half of the country’s electricity coming from renewable sources by 2025. The Government of the Marshall Islands encourages ambitious action from all countries to adopt similar goals of sharply reducing greenhouse gas emissions and making the switch to renewable energy.

About 30% of residents in the two urban areas of the Marshall Islands live below the basic needs poverty line with double that percentage living in poverty in all of the outer rural areas. The Energy Security Project will help lessen the amount of poverty in the country by bringing in more renewable energy.

Access to clean, affordable energy is a prerequisite to ending poverty. Building and maintaining renewable energy in the Marshall Islands will help create jobs and improve the health of the population. Renewable energy systems will allow for more affordable and safer access to electricity. This will lead to the development of more institutions, such as health centers and schools that will further help the most impoverished of the population thrive.