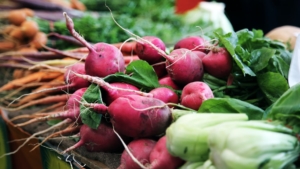 Some countries are creatively battling hunger and food waste by repurposing and rebranding unappealing produce as “ugly food” in Africa. Two projects in Kenya and South Africa demonstrate an interest in reducing food waste to relieve food insecurity.

The Serious Problem with Food Waste

While hunger remains a pressing issue around the world, nearly one-third of all food that is grown or produced is thrown away before it can reach anyone’s dinner table. On the African continent, nonprofits and governments are confronting food waste as a barrier to relieving widespread hunger. These groups focus on improving data collection, promoting sustainable practices and improving food policy to reduce food waste after production.

Adaptability and innovation are key. The Minister for Agriculture, Mechanisation and Irrigation Development of Zimbabwe, Joseph Made, recently stated, “Obviously, new strategies and approaches are needed to reduce food losses and waste, especially due to the rapidly changing nature of agri-food systems and rapid urbanization.”

One increasingly popular approach to food waste is encouraging the use of unappealing or “ugly” foods. Ugly foods are fruits, vegetables or other food products that farmers, markets and shoppers reject due to discoloration or misshapenness. While perfectly edible and nutritious, these foods are unmarketable, so markets throw them away. In countries such as the U.S. and France, a growing number of businesses are buying ugly produce from farmers and markets and reselling them to shoppers who want to end excessive food waste.

In many African countries, nonprofit organizations are finding ways to repurpose unappealing foods to reduce food waste and end hunger. In South Africa, for instance, food waste is a huge problem. About 44% of all foods wasted in South Africa are fruits or vegetables. However, Slow Food is a nonprofit changing that. Through an initiative called World Disco Soup Day, Slow Food sponsors festivals in many cities around the world, including Johannesburg, where ugly vegetables are brought in to make an eclectic, community soup. By feeding the community, World Disco Soup Day raises awareness about food waste and teaches people how to use unappealing produce.

Similarly, according to the United Nations, “farms in Kenya reject up to 83 tons of perfectly nutritious vegetables simply because they are considered too ugly and off-putting for consumers.” An initiative sponsored by the World Food Programme is trying to change that by feeding schoolchildren with fruits and vegetables that would have been thrown away. This project in Nairobi, Kenya has been able to provide school lunches for over 2,200 students.

While still new, the ugly food in Africa movement is growing as a means of reducing food waste and hunger. Organizations like Slow Food and the World Food Programme are leading the way by using creative approaches to feeding communities.