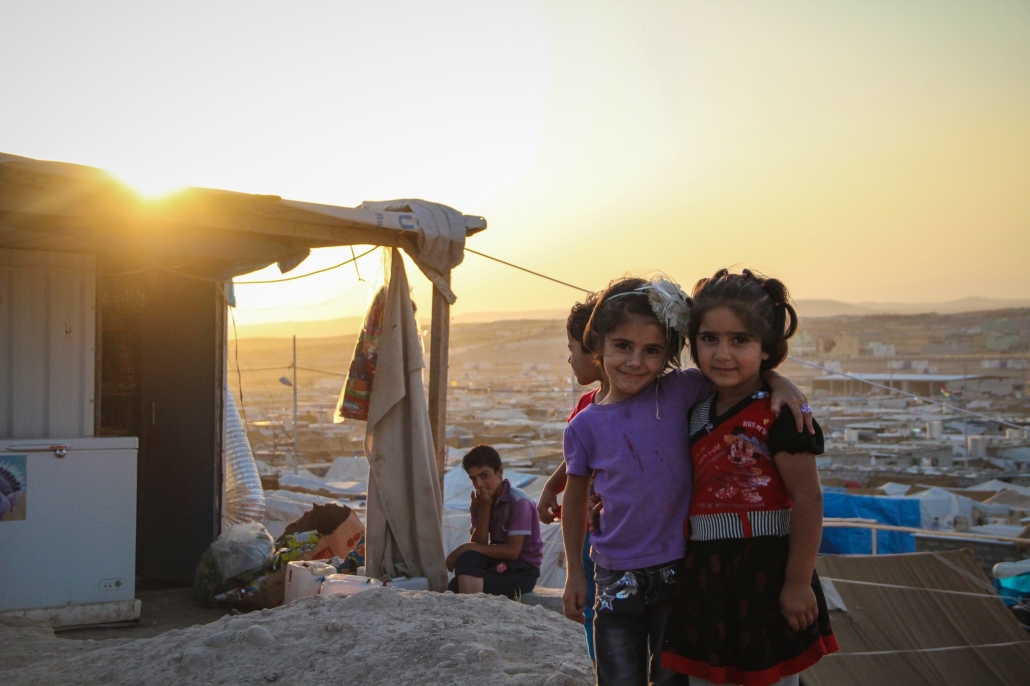 Iraq has endured decades of armed conflict. Since 2014, around 3 billion families have experienced displacement. According to the United States of America for United Nations High Commissioner for Refugees (U.S.A for UNHCR), more than “6.5 million Iraqis…including 3 million women and girls, require humanitarian assistance and protection.” Maintaining a sense of normalcy is difficult, significantly, if war and political strife exacerbate this struggle for normalcy. Many refugees in Iraq are without power and often cannot afford to keep it on. Simple chores, like doing laundry, become arduous tasks that could take all day to complete. Thankfully, one man’s trip to India proved successful in alleviating the onerous obstacle of handwashing clothes.

Navjot Sawhney, whose parents fled from unpartitioned India, always had an interest in humanitarianism and helping those in need. He was first inspired to create the manually operated washing machines after watching his next-door neighbor struggle with her laundry in India. The woman’s name was Divya and, upon returning from his trip, Sawhney developed the plans to create something that would make someone like Divya endure less physical strain when doing laundry.

While only volunteering at the time, Sawhney relied on his former career in engineering to develop the hand-cranked washing machine named after his neighbor. The devices, named after Divya, undergo construction in the U.K. and weigh about 5.5 kg per unit. They also wash, clean and dry clothing. Sawhney eventually developed the Washing Machine Project in 2018 and has received orders from around 15 other countries. Among the countries receiving the Divya, Sawhney has been vigilant in providing a sufficient amount for the families of refugees in Iraq.

The Divya’s functionality and convenience make laundry less of an all-day task for displaced families, especially women. According to Sawhney, the long-term goal of this invention was to give women of displaced families their time back, potentially granting them a greater opportunity for an education. In 2019, Sawhney and other Divya engineers traveled to Kurdish, Iraq, to donate the machines. The displaced families, particularly the women, reacted positively to the devices. Sawhney gushed, “We have developed partnerships with large international NGOs and a funding pipeline.”

Even though Sawhney’s sojourn inspired the Divya in India, it essentially has not rolled out in the country yet. Sawhney intends to distribute the Divya to other displaced families in India, Lebanon and Uganda, among other countries. With the machine relying solely on 10 liters of water, its small size and minimal requisites make it easy to transport to other countries. Its success in Iraq proves that this machine will make the lives of those abroad even more accessible.

The Divya is still a relatively recent technological and environmental innovation, but a quiet strength lies in its smallness. This little gadget turns something time-consuming into something trivial, showing the effects of small acts of kindness and concern for others and the significant impact on populations.