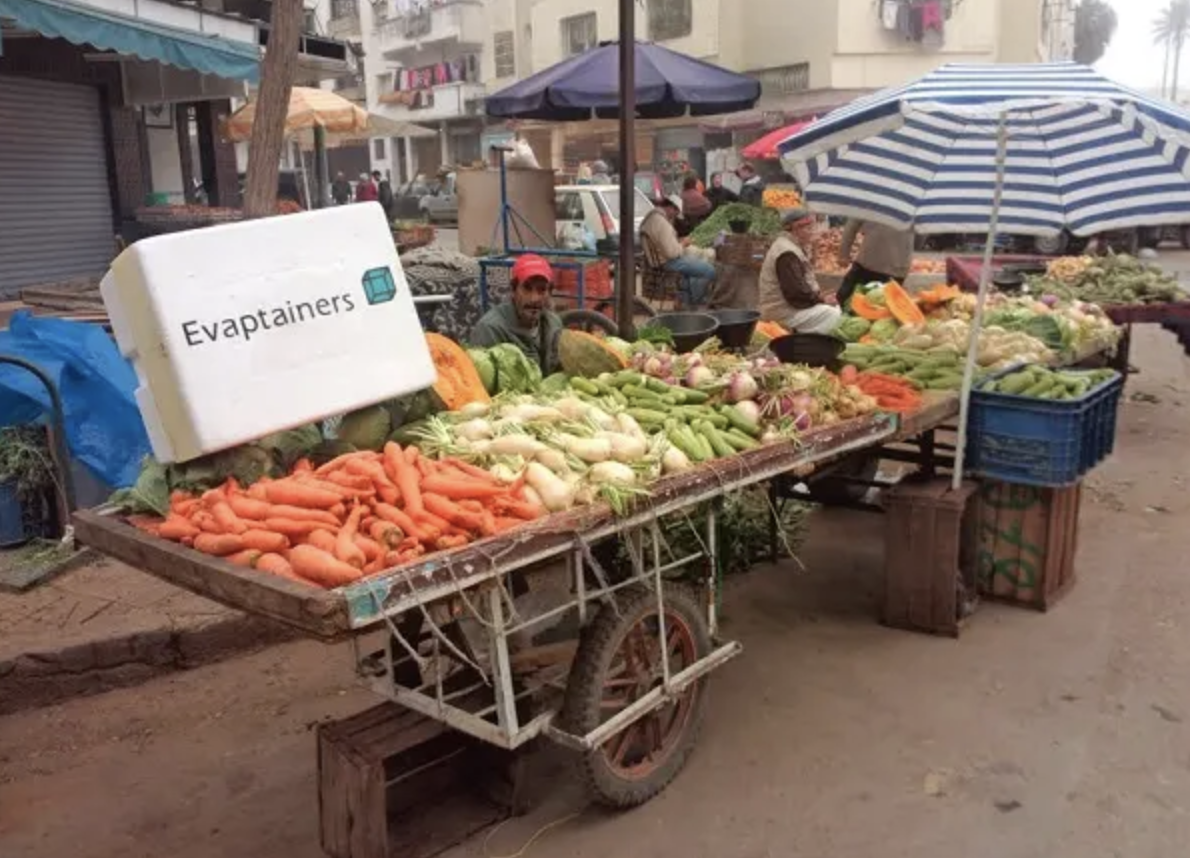 Refrigerators. Everyone has one. Often filled with smelly leftovers and the occasional moldy cheese, they are a staple of the American way of life. However, refrigeration is not a luxury that everyone enjoys.

Without refrigeration technology, food is at constant risk of spoiling. Globally, tons upon tons of food is lost each year, and a lack of refrigeration plays a part in this. Some sources state that one-third of food produced today will end up being lost for one reason or another. Others say that around 40 percent of food is lost before it reaches markets. Either way, the number stands around 1.3 billion tons a year.

Putting these statistics into monetary form might give even more perspective and clarity. Around $1 trillion worth of food is lost each year around the world. In India alone, $6.8 billion worth of fruits and vegetables are lost a year.

Before continuing, it is important to recognize the distinction between food waste and food loss: “Food loss refers to the decrease in edible food mass at the production, post-harvest and processing stages of the food chain, mostly in developing countries. Food waste refers to the discard of edible foods at the retail and consumer levels, mostly in developed countries.” Food loss is a problem common to the developing world.

A lack of any way to keep fruits and produce cool is usually the reason for their loss, although it should be acknowledged that simply throwing extra food out is also a problem, albeit in more developed countries. A deficit in access to cold chain technology – refrigeration for goods en route to their final destinations – has a major role in food loss. The food that does not spoil on its way to its destination faces the challenge of finding refrigeration once it is delivered as well.

A new piece of refrigeration technology hopes to solve these food loss problems. Called Evaptainers, they are the solution to the fact that 45 percent of the produce grown in Africa is lost before it reaches consumers. The idea began in a class at the Massachusetts Institute of Technology, where students were challenged to come up with something that would change lives. The Evaptainer was the result.

The Evaptainer is a low-cost, mobile, electricity-free cooling unit that can be used to either improve the cold chain or refrigerate fruits, vegetables or meat in one place. Evaptainers use evaporative cooling instead of vapor-compression, which is more energy-intensive, to keep the cost and energy use low.

How does the Evaptainer work? Everyone has experienced evaporative cooling at some point: the sensation of a breeze cooling skin after swimming is essentially what it is in action. The device itself has two parts: an inner area where goods are kept, and a layer of sand in between the produce and the outer wall of the container. When water that has been added to the sand evaporates, it lowers the temperature of the food chamber by up to 20 degrees centigrade.