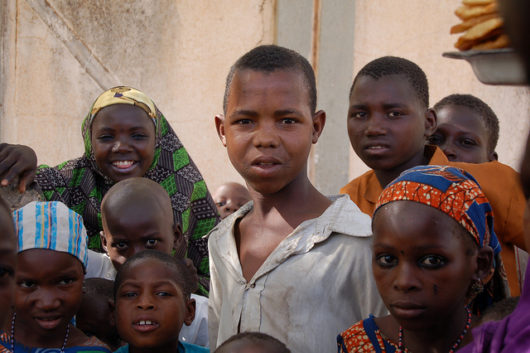 According to the United Nations Development Program’s (UNDP) 2018 Human Development Report, 33 of the 38 countries considered to have low human development are in located Africa.  Regardless of this fact, the U.S. may still be cutting aid to Africa. However, they are not the only ones. there have recently been significant reductions in U.S. aid to the world’s least developed countries.

The UNDP determines rankings in its Human Development Index (HDI) by measuring levels of health, education and standard of living. Longevity, expected and mean years of schooling as well as per capita income all figure into the country’s final ranking. Of the world’s 10 least developed countries, the U.S. has reduced its aid to five: Liberia, Sierra Leone, Chad, the Central African Republic (CAR) and Niger.

Life expectancies in these countries range from 52.2 years in Sierra Leone to 63 years in Liberia. The CIA World Factbook’s latest data cites fewer than one physician per thousand members of the population in all five countries. In part due to poor sanitation, with anywhere from 78 to 89 percent of people in these countries lacking access to improved sanitation facilities, their populations are extremely vulnerable to major infectious diseases.

School life expectancies range from 5.4 years in Niger to 10 years in Liberia. Mean years of schooling among people over twenty-five are however much lower, with Liberia being the highest at 4.7 years. In Liberia, Sierra Leone and CAR, less than half of the population is literate. In Chad and Niger, these figures are reduced to less than a quarter.

People Below the Poverty Line

Gross National Income (GNI) per capita is measured in international dollars, which account for currency exchange rates and use purchasing power to essentially convert foreign currencies into their equivalent in U.S. dollars. In CAR, Niger and Liberia, these figures are below one thousand international dollars per person. In Chad and Sierra Leone, they are below two thousand.

All five of these countries have suffered some extent from turmoil in the late 1900s and early 2000s, including various rebellions, a coup d’état in Liberia, CAR and Niger and a civil war in Sierra Leone, Chad, and Liberia. Chad, Niger, CAR and Sierra Leone have particularly large numbers of internally displaced people. Conflicts in bordering countries have likewise pushed nearly 10,000 refugees into Liberia, and hundreds of thousands into Chad, Niger and CAR, putting additional strain on these countries.

Over this period, all but Liberia have received well below the average in aid to Sub-Saharan countries despite having lower levels of development. This trend has continued into the first quarter of 2018. To the credit of the United States, the reductions in U.S. aid to the world’s least developed countries have not meant an overall reduction in aid. The average amount of U.S. aid to this region has increased from $179 million in 2015 to $208 million in 2017.

Much of the aid received in Niger and CAR, and nearly all of it in Chad goes toward emergency response. Disparities in aid disbursements could be based on the need for emergency response rather than human development levels, with more money going to countries such as Nigeria, where conflict has killed tens of thousands since 2009.

While emergency response takes precedence, initiatives that address such areas as basic health and education are important for fostering long-term progress in development. Niger, CAR, Chad, Liberia and Sierra Leone are among those most in need of these long-term initiatives. This could be difficult considering the reductions in U.S. aid to the world’s least developed countries.

In comparison to the 2015 Human Rights Report, the 2018 report shows that the least developed countries have made slight progress in their development, even if they have not progressed in terms of rank. Reductions in U.S. aid to the world’s least developed countries could have a serious effect on the progress in these countries. The fact that progress has been made does not mean that there is not significant progress still to be made that requires U.S. aid.