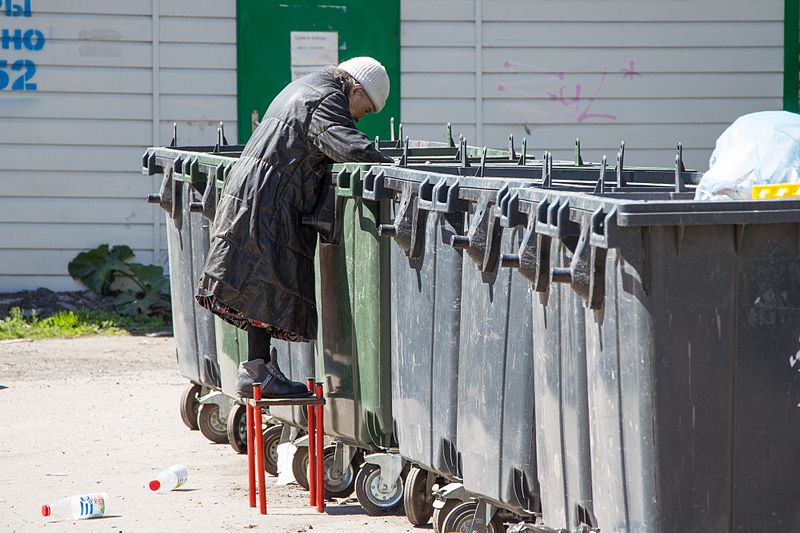 Russia is the largest country in the world by landmass, and it covers an expansive 6.6 million miles. The country spans from Europe to Asia and shares 14 borders with neighboring states: Azerbaijan, Belarus, China, Estonia, Finland, Georgia, Kazakhstan, North Korea, Latvia, Lithuania, Mongolia, Norway, Poland and Ukraine. Despite the size of the country, it has a modest population of nearly 146 million people. However, poverty has taken a toll on the country’s people and reducing poverty in Russia will not be an easy task. An estimated 22% live in the “poverty zone,” which refers to the people unable to purchase anything other than items for subsisting. Furthermore, one-fifth of the total population lives in poverty, but Russian President Vladimir Putin has devised a plan to halve the poverty rate by 2024.

Poverty in the Soviet Union

The dissolution of the Soviet Union began on November 9, 1989, when the Berlin Wall, a structure intended to separate communist occupied East Germany from the west, came down. However, The Soviet Union dissolved on December 26, 1991, when Boris Yeltsin, the newly appointed Russian president, seized the reigns of an independent Russia from Mikhail Gorbachev.

Fifteen republics comprised the Soviet Union, and “at least 20 percent of the population” lived in poverty. As of 1989, the poverty level for a moderately sized family was $339.24 a month, or around $85 per person. At least 5 million families fell below the poverty line, and 20% of the overall population received 75 rubles per month.

At the time, there were no state plans to eliminate or reduce poverty, and no governmental support existed.

Poverty in the Pandemic

The pandemic has created a downward trend in the global economy, which has adversely affected Russia’s crude oil industry. This decline in the country’s economy is causing the ruble to weaken and Russia to enter a recession, creating an even bigger poverty problem for the 18.6 million people still living below the poverty line.

COVID-19 has proven to be an economic disaster for the Russian Federation and the World Bank projected a fall in GDP by 1% in 2020 due to the pandemic. Moreover, the World Bank anticipated a rise in the poverty rate to 2.2% in 2020 in comparison to 2.1% in 2019.

Poverty is Different Across Russia

Poverty in Russia is widespread and varies for rural and urban areas. For example, densely populated cities like Moscow and Saint Petersburg have a poverty rate below 8%, but in the case of rural regions, the Kalmyk Republic has 20% and the Tuva Republic has 40%.

People across the country experience poverty differently. In Siberia, villagers may struggle due to disproportionate job opportunities and little support from the state. In urban centers, citizens may lack proper skills to gain work or may have expensive medical bills, which hinders their ability to support themselves in other areas.

As of 2018, the poverty rate was 13.2%, but the Russian Federation’s goal is to cut that in half. President Vladimir Putin aims to do this by 2024, reducing the poverty rate to 6.6%. According to the World Bank, the country would need a growth rate of 4.4% to achieve that reduction. The country could achieve its goal, but the annual growth would have to be 1.5% with the redistribution of 0.4% for GDP. Policy reforms that increase productivity and higher investment could boost the growth rate to 2.5%.

Russia’s progress at reducing poverty has been steady over the last decade due to oil prices, yet more work is necessary for it to improve. Additional assets could help push Russia, especially considering its low debt, energy resources and labor force. Russia is also ahead of other countries in space technology, which could bolster its economy further. Modernizing the economy is how reducing poverty in Russia will come into fruition. However, as of July 21, 2020, Putin has pushed his hefty goal of reducing poverty in Russia to 2030.