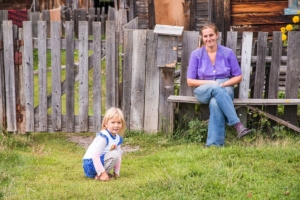 There are almost 21 million poor people in Russia, constituting 14.3 percent of the population according to the Russian Federal State Statistics Service. The Russian poverty rate is comparable to Western countries’ rates. For example, the official poverty rate in the United States is 11.8 percent. However, while the poverty threshold in the U.S. is $12,490 per year, the minimum subsistence level in Russia is $169 per month, which translates to barely $2,000 per year. Luckily, there are some efforts to reduce poverty in Russia.

Poverty in Russia at the End of the 20th Century

After the U.S.S.R. collapsed, Russia faced huge difficulties leading to economic catastrophe. Finally becoming an independent democratic state in the 1990s, Russia began the transition from a command economy to a market economy. A record level of inflation and default took place in that period where people experienced an aggravated recession, ensuring a drop in income. Russian GDP per capita fell about 39 percent in real terms between 1991 and 1998.

Economic decline and political turbulence led to an increase in a criminogenic culture. Criminals in Russia became powerful and rich at the expense of the economy, all while the majority of the population became more and more impoverished. These obstacles formed exceptional economic inequality in the post-soviet state and impacted the increase of poverty in Russia.

Current Regime and the Economy

The economic situation changed dramatically with the power transition in the 21st century. From the beginning of Putin’s presidency in 2000 to the 2008 financial crisis, economic growth indicators reached impressive levels. For example, the average GDP grew by 26 percent on an annual basis. After the 2008 crisis, the economic situation has yet to regain the growth it once experienced.

One key factor of the Russian economy is oil prices, meaning a shift in price can be catastrophic to the nation. Another crucial factor is sanctions from the U.S. and other Western nations; the sanctions have a hefty impact on the poor economy, ultimately increasing poverty in Russia.

Poverty in Russia is still a huge issue for the state and citizens. After the 2008 crisis, the Russian economy faces new challenges like a decrease in oil prices and economic sanctions. To combat poverty in Russia, the country should aim to strengthen its economy and reduce inequality.